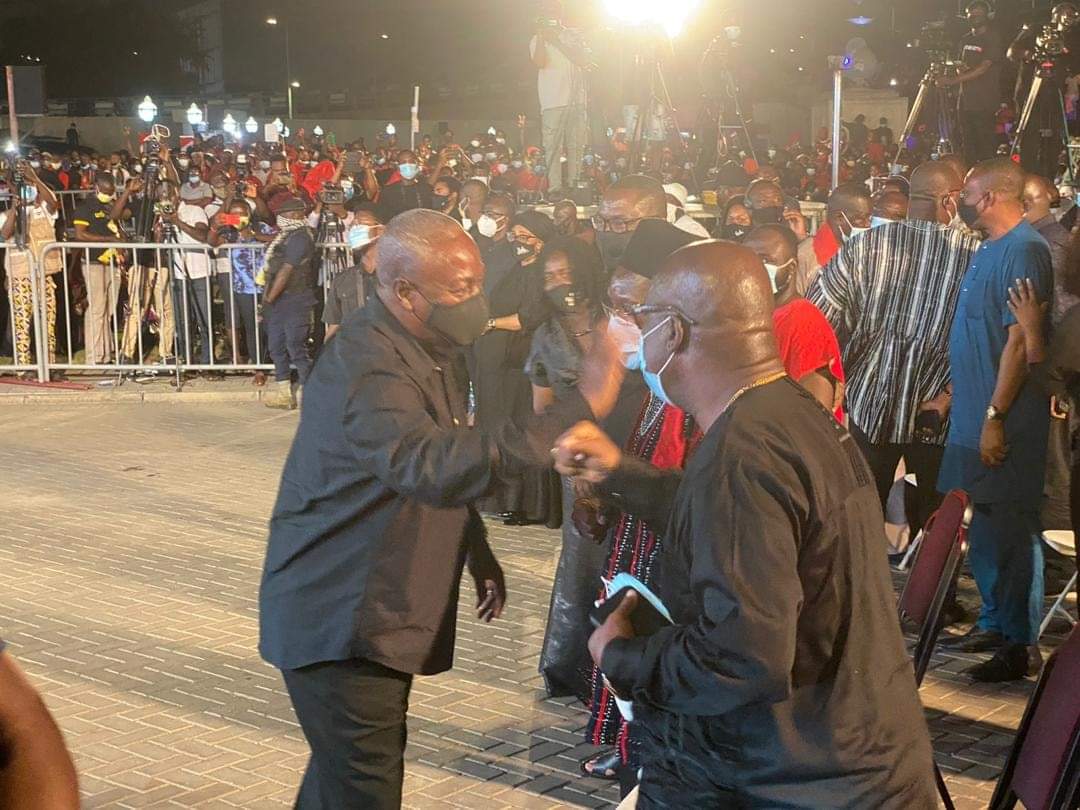 The solemn event is taking place at the Obra Spot in Accra. It started at 5 pm and hundreds of people have already gathered there.

Most of those in attendance are clad in red and black.

Organizers say the event will go on until 12 midnight.

The party’s leaders are expected to take turns to speak at the event.

Other events have already been held to honour the departed president including a walk in the Ketu South constituency led by the NDC’s Parliamentary Candidate, Dzifa Gomashie.

On Sunday morning the NDC held a health walk in Accra.

Chairman of the NDC, Samuel Ofosu Ampofo after the walk in Accra advised members of the party to be united in the face of the unfortunate development.

“We do not have any bone of contention with anyone, however, we will not allow anyone to dictate to us how we should mourn our Jerry John Rawlings. We will mourn the founder of our party how we want to. We will celebrate him together, today and tomorrow,” he said.

He further said that although Rawlings is dead, the party will forever look up to him.

“He will forever be in our hearts, and we will continue to look up to him. Even in death, we will continue to look up to him. He probably knew that one day he will not be here, so he decided to distance himself from us a bit so that the party will be capable to carry on in his absence. And now that he is not here, we will show him that he has a strong party to carry on his legacy,” he said.

Meanwhile, the NDC has opened a book of condolence for former President Jerry Rawlings at all regional offices and all branches of the party.

The various branches of the party have also been directed to organize events that will befittingly celebrate the life of Rawlings.

The late president founded the National Democratic Congress (NDC) in 1992 ahead of Ghana’s first democratic elections in the Fourth Republic.

He died in the early hours of Thursday, November 12, 2020 , at the Korle Bu Teaching Hospital after a short illness.