The Konkomba Youth within the ruling National Democratic Congress (NDC) has warned the Northern Regional Chairman of the New Patriotic Party (NPP), Mr. Daniel Bugri Naabu and his cohorts to stop inciting Konkombas against the President John Dramani Mahama-led administration.

The group observed that Mr. Naabu’s incessant accusation and desperate attempts of inciting Konkombas against the current government will not be tolerated any longer and, therefore, must put a seal cap to them.

The outburst of members of the group follows the NPP chairman’s constant allegations and insinuations against the president claiming he is favoring some tribes to the detriment of others ever since he assumed office as the Commander and Chief of the Ghana Armed Forces (GAF).

In a statement signed by the Konkomba NDC youth president Mumuni Believer Likpalmor, he appealed to Konkomba politicians to assume politics of ideas than what Mr. Daniel Bugri Naabu has resorted to.

“Kikpakpang has come a long way, and members need development in their communities rather frivolous and trivial issues”, they disclosed.

Mr. Likpalmor urged all youth of Kikpakpang to uphold their commitment and loyalty to the NDC party as they work to the realization of transforming lives in the Better Ghana Agenda.

They have also commended President John Dramani Mahama for appointing an illustrious son from Kikpakpang to the high office at the presidency.

“The appointment of a management and integrated Rural Development Specialist, Wujangi Kenneth as Deputy Chief of Staff in Charge of Operations shows the respect and confidence the president has in Konkombas”, they observed.

The group congratulated the former president of Konkomba Youth Association for his immense contributions to Kikpakpang and mother Ghana which placed him in the limelight for such an appointment.

It also added that residents within Kikpakpang are very much convinced and confident that, the wealth of experience that Mr. Wujangi Kenneth has gathered throughout his life as a civil and public servant coupled with selflessness and diligence at work, places him as an ideal person in President Mahama’s quest of transforming Ghana. 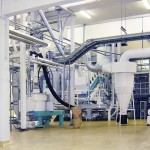 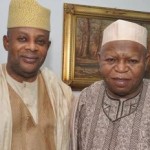