The National Democratic Congress (NDC) will this week come-out with a schedule to vet all aspirants in the party’s parliamentary primaries.

As of close of nomination last Thursday, a total of 689 aspirants had submitted their forms.

This number excludes those from the Ashanti region where closing date has been extended to September 17.

Speaking in an interview with Citi News, NDC General Secretary, Johnson Asiedu Nketia, revealed that contrary to the previous practice, the aspirants will now be vetted by a team led by the national officers at the regional level.

He said the trend in the past was that “we allowed the constituencies to do the first vetting, generate a shortlist which will then be taken to national.”

The NDC’s scribe said they have reviewed the trend saying “this year, we will do a one stop shop vetting, that is we will deploy teams into the various regions and invite the respective constituency executives and the regional executives. And then the national team that goes will join them and they will do the vetting.”

In another development, some sitting MPs including Ebo Barton Oduro, Matthias Puozaa and Ben Kumbour did not file for nominations.

Dr. Ben Kumbour (Nandom MP) explained that he refused to contest in the primaries in order to give the youth in his constituency the opportunity to go to Parliament. 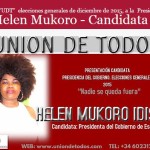