The governing National Democratic Congress (NDC) has accused the largest opposition party New Patriotic Party (NPP) of planning with some officials of the Electoral Commisssion to rig the upcoming polls.

At a press conference held ahead of the final rally of the NDC, the campaign coordinator of the party Kofi Adams said they had in their possession an audio recording between the NPP’s “Mike Ocquaye, Lord Commey and a few others.”

“They were making attempts to influence these election officials to make sure results in some constituencies are worked in their favour,” he added.

Kofi Adams described the alleged act by the NPP as “an attack on our electoral process” of the country.

READ ALSO: Mahama’s thumb-printed ballot papers fake – Police
He mentioned that the NPP is a “desperate political party” and will do anything to ensure they win the election.

He indicated that the party will report the issue to the EC immediately after the press conference.

“As a responsible party we will later this afternoon, lodge official complaint to the Electoral Commission, so that a position is taken on their officers who are involved in this activity.”

In the audio that was played at the press conference, people are heard talking about how they will rig the election for the NPP 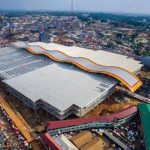