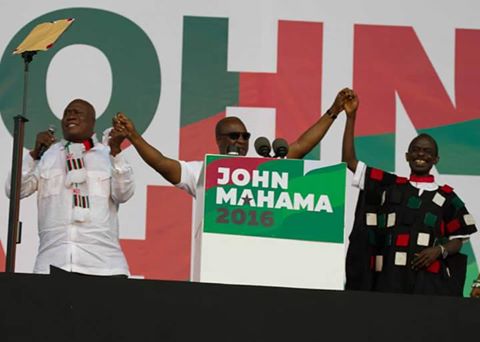 He said the party had already made history by making Dr Danaah the Minister of Chieftaincy and Traditional Affairs and would further add on to the feat by supporting him to become the first physically challenged MP across Africa.

Mr Asiedu Nketia stated this during the launching of Dr Danaah’s campaign for the 2016 elections at Bulenga in the Wa East Constituency of the Upper West Region.

He said by this singular demonstration, the NDC was out to abolish all forms of discrimination against Persons with Disabilities (PWDs), adding that what physically challenged persons needed was support and not mere sympathy.

The NDC General Secretary said the party would give to Dr Danaah ten times the resources that would be given to any other ordinary NDC parliamentary candidate to enable him effectively prosecute his campaign.

Mr Asiedu Nketia urged the people of Wa East Constituency not to allow anybody to deceive them from achieving the feat.

He said the benefits of making such a history for the people of Wa East, to the NDC as a party and the country in general would far outweigh any other promise from anybody.

Mr Alban Bagbin, the Majority Leader in Parliament, urged the people to put behind them issues of dissatisfaction during the primaries and throw their weight behind Dr Danaah to maintain the seat for the NDC.

He assured the people that Mr Amin Salifu, the incumbent MP, would be given a different role in government to support Dr Danaah to bring development to the Wa East Constituency if they voted massively to retain the party in power.

Naa Seidu Abdulai Nawologmo appealed to the government to assist the area with a district hospital, an Information Communication Center and the tarring of the Wa-Bulenga road.

He also appealed for the bridging of the Kulun River to link the place to the district capital at Funsi.

Dr Danaah thanked the people and urged them to vote massively for him and President John Dramani Mahama to continue with the development agenda of the area.

Mr Julius Debrah, the Chief of Staff, assured the people that government would see to the tarring of the Wa-Bulenga road to ease the challenges with transportation if voted into power for the second term 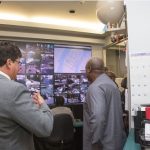