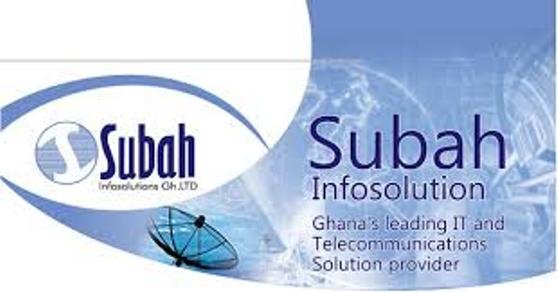 The National Communications Authority (NCA) has given Subah Infosolutions Ghana Limited up to Wednesday November 11, 2015 to pack up its equipment and vacate the NCA’s premises.

In a letter dated November 9, 2015, signed by the Director-General, William Tevie, the telecoms industry regulator said it requests Subah to “take custody of their equipment located at the NCA premises”.

The letter added “the NCA would like to advise Subah to vacate the NCA premises by November 11, 2015.”

This is in keeping with the NCA’s order to Subah in a letter dated October 30, 2025 to “cease operations in the telecom sector” because it has no license to do so.

The telecoms industry regulator, in another letter dated November 4, 2015, then asked telecom operators to welcome a Afriwave Telecoms Ghana Limited as the licensed operator to monitor the flow of international traffic for revenue assurance on behalf of the state.

NCA acted on the advice of the Attorney-General, who in a letter dated September 25, 2015 gave the green light for the Subah contract to be terminated because what the AG approved is different from what was being implemented.

Meanwhile, NCA had stated in a letter to the Attorney-General that Subah has failed on a number of very critical aspects of its job, such as doing real time monitoring of call traffic.

But the state revenue agency, Ghana Revenue Authority (GRA) has warned telcos to keep working with Subah or face sanctions as per the Communications Service Tax (Amendment) Act, 2013, Act 864.

The Minister of Communications, Dr. Edward Omane Boamah also announced that there will be an inter-sectoral meeting on the matter at the presidency and that will bring some finality to the matter.

Dr. Alfred Omane Boamah has been explaining that Act 864 enjoined government to establish a common platform to verifying telecom traffic

He has backed the introduction of Afriwave to take over the operations of Subah.
– See more at: http://www.myjoyonline.com/news/2015/November-10th/nca-orders-subah-to-vacate-its-premises.php#sthash.K8n28M9m.dpuf