Chief Inspector Michael Nkrumah, the investigator in the trial of former board chairman of the NCA, Eugene Baffoe-Bonnie, and four others has admitted he has no evidence to back his earlier claims that the second accused, William Mathew Tette Tevie received $150,000 as his share of money from a total of $4 shared among 3 of the five accused persons.

He made this revelation during a cross examination by defense lawyer, Godwin Tamakloe, counsel for William Tetteh-Tevie.

Mr. Nkrumah had claimed, during an earlier examination that a sum of $500,000 was shared among three of the five accused persons standing trial over the $4 million National Communication Authority (NCA) alleged scandal involving the purchase of a cyber communication equipment for the state.

He tendered in evidence; three caution statements that Eugene Baffoe-Bonnie, one of the accused and former Board Chairman of the NCA, gave to the police during the course of investigations into the alleged scandal.

Per what the witness read to the court, Baffoe-Bonnie allegedly told the police that Nana Ensaw received $200,000, with Tevie and Osman receiving $150,000 each. Responding to a question posed to him in court by counsel for the accused Tuesday, seeking to verify if the inspector had evidence to back his claims, he noted that he did not have enough proof.

“Question: As you are testifying now, you have no evidence that in fact, the second accused received money from any of the accused persons?

Answer: That is correct.”

The inspector also added that there is no narration on the bank statement that the third accused, Nana Owusu-Ensaw paid physical cash into that account.

Inspector Nkrumah in his response noted that the Pegasus system though might be useful was not needed in the country at the time of its purchase and that due process was not followed for the procurement of the equipment.

He added that the Board of NCA did not approve the contract, and the transfer of 4 million dollars.

The five are said to have fraudulently withdrawn some four million dollars from NCA accounts without justification.

Reports indicate that an Israeli company, NSO Group Technology Limited was contracted to supply the surveillance equipment at the cost of $6 million, to enable National Security monitor conversations of persons believed to be engaged in terrorism.

IDL was also reportedly charging $2 million to facilitate the transaction, bringing the total sum to $8 million.

But the three, through the said contract, allegedly withdrew $4 million from the accounts of the NCA and have failed to account for it.

But only $1 million was allegedly paid into the accounts of the Israeli company. 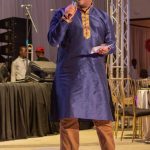 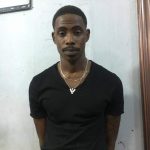