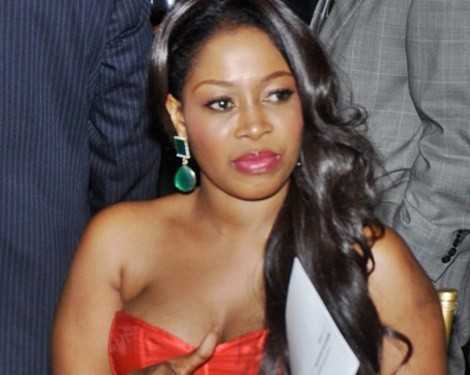 In spite of its commendable performance over the last three years, President John Dramani Mahama and his NDC administration in the coming days will face its severest scandal test should incarcerated cocaine goddess, Nayele Ametefe, carry through an intended threat.

A source close to Nayele Ametefe, also known as Angel Adu Gyamfi, who is currently serving eight year jail term in the United Kingdom for carrying 12 kilos of cocaine into the Kingdom, sayS she is threatening to release an explosive X-rated video that is likely to bring the Mahama government on its knees.

Even though the Mahama administration has survived plethora of scandals since its inception, the impending embarrassment, our source says, will dwarf and possibly, obliterate all the achievements chalked by the National Democratic Congress government in the last seven years.

The cocaine goddess, The aL-hAJJ is reliably informed, is threatening to let out damning sex tapes involving a prominent Chief Executive of a sensitive and major state enterprise and an influential member of the governing party who, despite assurances of securing her freedom after her arrest, has since abandoned her.

The said CEO, described as haughty and snobbish and who in recent times suffered bad press, the source revealed, had turned the stunning Nayele into a “night nurse” to the extent that, even the night before her arrest, they had several bouts of sex.

Another dependable source close to the jailed Ghanaian/Australian drug dealer told The aL-hAJJ that Nayele has been incensed for being used and dumped by the said CEO who our investigations revealed recently traveled to the UK to plead with her after information hit him that the jailed cocaine baroness was threatening to release the videos.

“Nayale is mad at him (the CEO). She feels used and dumped. After turning her into sex machine with the assurance that he will protect her, he abandoned her after her arrest. The most painful aspect is that he slept with her the night before Nayale was arrested,” the source revealed.

The source added that “Nayele has several sex videos with him and she has threatened to make them public to avenge what that man did to her. Nayele will not go down alone; that, I can tell you for a fact.”

The married under pressure CEO, who is a very powerful official in the Mahama-led NDC government and was also rumored to be eyeing the running mate slot for the November elections, this paper has gathered, has been in long standing amorous relationship with Nayele until her arrest on the night of November 2014 at the Heathrow airport in UK.

Reports are that most of the “special” treatments Nayele was accorded during her numerous foreign travels was facilitated by this CEO ‘boyfriend’ who had turned her into a sex slave with a promise she would be adequately protected to avoid arrest for her illicit trade.

The Ghanaian/Austrian cocaine dealer was on January 6, 2015 sentenced to eight years and eight months on her own plea by the Isleworth Crown Court in London after she pleaded guilty to carrying 12 kilos of cocaine to the United Kingdom.

Briefing the court, lawyer for the single mother of three noted that, Nayele came into contact with powerful people in 2004 and her life changed dramatically. She travelled extensively with influential people as their companion, he stated.