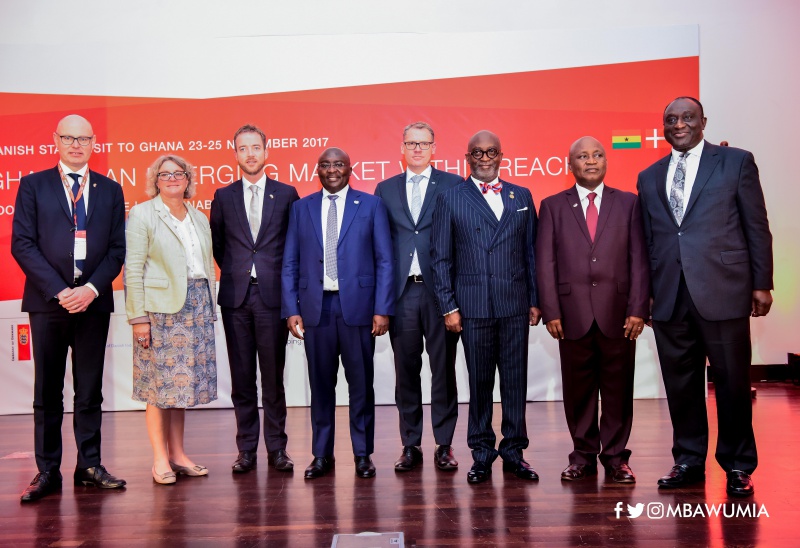 Ghanaians can look forward to a reduction in the amounts they pay as interest on loans when
the various measures aimed at formalising the economy are completed, Vice President Alhaji
Dr Mahamudu Bawumia has indicated.

Speaking at the 21 st National Banking Conference, organized by the Charted Institute of
Bankers, in Accra on Tuesday November 28, 2017, Vice President Bawumia explained that
Ghana has one of the highest mortgage-to- income ratios in the world and high interest rates
because of the largely informal nature of her economy, and the reforms being undertaken by
the Nana Akufo-Addo government are meant to address this challenge.

Dr Bawumia, who is a former Central banker, said banks are unable to lend at low rates
because of the risks associated with lending to an unknown quantity, hence Government’s
decision to introduce measures such as the National ID card and the Digital Property
Addressing system to make it easier to identify and trace borrowers and thereby reduce the
risk premium.

“As bankers, we’ve always realised that high interest rates makes it difficult for customers to
pay, and it makes the banking system very fragile.

“Banks face many problems. The risk that customers present: they come to you, you don’t
know what their history is, there is no unique ID for an individual customer; you cannot tell.
“The credit reference system is not really robust so you don’t know exactly what their history
is, how many banks they’ve taken loans from and they haven’t paid, whether there’s been a
change of name in the middle; you are presented with an unknown quantity and sometimes
somebody opens an account today and they want to borrow money that same afternoon.

“The risk is quite high that you’re facing because you are dealing with depositors’ funds but
you don’t know who they (borrowers) are, and you don’t know where they live, so we
(government) basically said you need to at least put these fundamentals in place before you
can really expect a sustainable decline in interest rates that can be driven by proper risk
assessment through credit rating agencies and so on.

“If we cannot uniquely identify individuals in our economy or and also uniquely identify
where they live it becomes a very chaotic environment to do banking and therefore the risk
premium will continue to be high, and even though you are bringing down the deficits and
bringing down the T bill rate, you are not going to see the impact on the lending rate in
particular. When you don’t see the impact on the lending rate it means that it makes it tougher
for your customers to pay back the loans in general, and so the fragility of the banking system
is there.”

He added:
“This is what is really driving some of what we are doing. Nobody is going to push you as a
country to have a national ID system or to have a working address. Nobody’s going to push
you but you have to make sure that you have those as the soft infrastructure to support your
banking industry and to support industry as a whole.
“This is what is driving the issue of the national ID card. The National Digital Property
Address System has also been launched. Preparations are underway for the mass issuance of
the national ID card so that we can really trace customers, we can build a robust credit
reference agency and together these will be very fundamental to reducing interest rates and
strengthening the stability of our financial system and our banking system.”

The Vice President urged banks to play a greater role in growing and strengthening Ghana’s
economy, while assuring of government’s commitment to ensuring macro-economic stability.
“I challenge banks to be relevant to the economy by extending loans to the productive sectors
particularly the Small and Medium Scale Enterprises. As a government, we are committed to
improving the economy through the pursuit of prudent financial management policies.

“The future of banking is bright but we have a lot to do together as key stakeholders in the
industry. Let us pursue banking reforms and policies that will strengthen prudential and
regulatory oversight to maintain a resilient banking sector.”
The 21 st National Banking Conference is under the theme “Building a Robust and Sustainable
Banking System in Ghana”. It is being attended by heads of banking institutions in Ghana, as
well as current and former Governors of the Bank of Ghana. 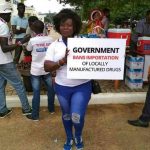