• The Electoral Commission (EC) has explained that the recently inaugurated National Election Steering Committee (NESC) is merely a platform for information sharing and not for electoral operational purposes.

• “The NESC is not an operational decision-making body; it’s merely a platform to share information. It cannot decide, for instance, on the date of elections, the movement of ballot boxes and any other operations of the elections,” it pointed out.

• The Chairperson of the EC, Mrs Charlotte Osei, said this in her office in Accra Monday.

• Mrs Osei recalled that over the years, some institutions that had roles to play in elections and had regular interactions with the EC had complained officially about their frustration about how the EC managed information on elections.

• “What have we done wrong? Is it that we should not work to improve the situation and never correct the problems? I do not understand.

• “If we should continue along this path of mischief, malice and mistrust, it will be a recipe for social instability and chaos,” she added.

• She said if the EC had done something untoward and infringed on its constitutional obligations, “we must be the first to be criticised, but all the criticisms must be on merit and founded”.

• In Mrs Osei’s view, the way some political parties were taking entrenched positions on national matters was not healthy for the nation and definitely not the way to go.

• “Are we going to politicise everything in this country? Why do we do this to the nation?” she asked.

• She expressed surprise that the NPC claimed it did not receive any request from the EC on the setting up of the NESC.

• “If the NPC behaves this way, it will create credibility problems for all of us,” Mrs Osei argued, saying: “The EC did not appoint the nominees on the committee.” 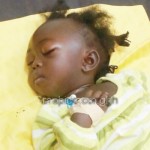 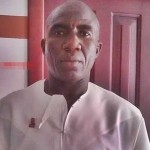