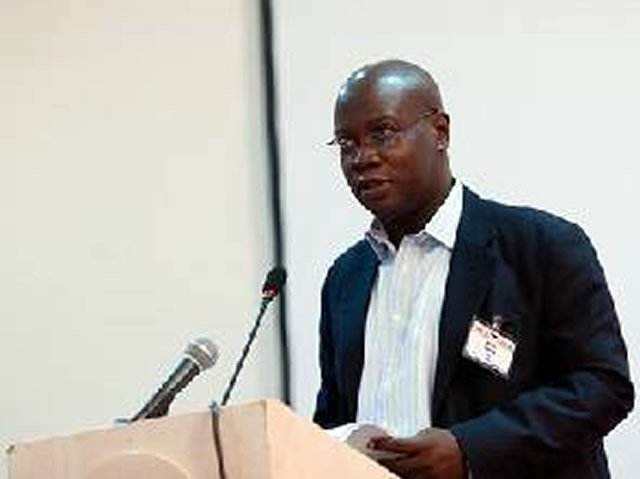 The National Communications Authority (NCA) says it has noted with dismay misleading information making the rounds in the media regarding a contract awarded to Afriwave Telecom for the provision of ICT services (including monitoring of international traffic and revenue assurance).

IMANI Ghana put out information questioning the integrity of the process that led to the award of an interconnect clearinghouse license by the NCA to Afriwave Telecoms.

IMANI alleged that the process period was too short for a proper evaluation of tenders, that Afriwave was given scores higher than the highest score attainable in some sections, that Afriwave lacks the expertise and experience for the clearinghouse job, among other things.

In a rebuttal, the NCA said “We are providing information on this contract to the general public and exposing as baseless certain claims that have been made in the media particularly by IMANI Ghana.”

Background
To give a brief background, the Ministry of Communications (MOC) requested from the NCA, policy advice on Clearinghouse, International Wholesale Carriers, Mobile Virtual Network Operators and Fixed Access Service Operators. The MOC then tabled a memorandum regarding the four licences including Clearing house Services to cabinet for deliberation. Cabinet discussed the memorandum accordingly and satisfied with the propriety of the proposed policy, in August, 2014 gave approval for the implementation of the policy. The Ministry therefore conveyed the Cabinet approval to the Authority and accordingly issued a directive to the NCA to implement the policy.

The Authority, subsequently met the Board Chairmen and CEOs of the telecom operators in September 2014 to outline and discuss the rationale, modalities, benefits and timelines for the process of licensing the Clearinghouse, International Wholesale Carriers, Mobile Virtual Network Operators and Fixed Access Service Operators.

Consultation Process
Subsequently, NCA then facilitated a Stakeholder consultation for these four licences, publishing the process documents and draft licence on 5th November, 2014 on the NCA website www.nca.org.gh for comments.

Subsequent to the publication of the process documents and receipt of comments, inputs, critiques and/or suggestions from stakeholders, the NCA held a public forum on 26th November, 2014 on the Clearinghouse during which answers and explanations were given in response to all the concerns raised at the forum.

To further deepen the transparency of the process, the NCA made a presentation to the Parliamentary Select Committee on Communications and explained extensively the need for the implementation of an ICH, its benefits to the Ghanaian economy, the mischief it seeks to cure as well as answer all questions posed.

Application Process
Upon an open invitation for applications for a licence to operate Clearinghouse services in Ghana, on 2nd December, 2014, the NCA received five applications for a Clearinghouse licence from Afriwave Telecom Ghana Limited, Channel IT, Global Voice Group, Prodigy Ghana Limited and Subah Infosolutions Ghana Limited. Each of the five applicants were given the opportunity to make submissions on their bids on 12th January, 2015 and in addition provide answers to further queries.

After a comprehensive and transparent evaluation of the bids of the five applicants on the 23rd January, 2015 the NCA Board of Directors considered the evaluation report and the recommendations contained therein and endorsed the said recommendations. The Board duly adjudged Afriwave Ghana Limited as the winner of the Clearinghouse licence.

Selected Winner
Afriwave Ghana Limited, a wholly owned Ghanaian Company with Laurisia Associates as its integration partner, Huawei and Muecci as its technology partners won the bid to be licensed as the Clearinghouse Services Provider in Ghana for the next ten years. Afriwave provided the most satisfactory responses against four other competitive applicants.

The Clearinghouse was expected to be established by May 2015 and be fully operational by December 2015. The Clearinghouse Services will provide the common platform for monitoring volumes of all telecom traffic as per Act 864, reduce cost of interconnect for Service Providers and Value Added Service Providers, enable the interconnectivity with other switches, host Over-The-Top (OTT) services, provide subscriber and equipment identity services as well as transit all national and international calls.

Current Status
Following Afriwave’s success, they were licensed by the NCA for a full range of services which includes monitoring international traffic and revenue assurance. Afriwave, has since installed and integrated their system with that of all Mobile Network Operators (MNOs) to ensure a continuous and smooth transition period when the contract of Subah Info Solutions ends in May, 2016.
It should also be noted that, Afriwave is not being paid for the installation and testing of their system and as such, there has been no duplication of payment or any financial loss to the state. As stated earlier, the essence of this exercise is to prevent potential financial loss to the state that may be occasioned by an abrupt pull out by Subah at the expiration of its contract.

NCA’s Response to Misleading Information
To address the issues raised by Imani, the NCA responds as follows:
The So Called Fraudulent Tender
Imani based their arguments on a draft report. The NCA in the preparation of the report, transposed the scores from Excel to Microsoft Word and noticed that there were some transpositional errors which were corrected to correspond with the original Excel scores.
We are not sure where Imani got their information from, and we would like to plead with the general public to ensure that they get their information from the right sources, in this case from the NCA.
Furthermore, we note that even the draft report that Imani has in its possession answers all the questions that they asked, so we are amazed that Imani fails to make reference to the said responses, however, we will provide some answers below.

Non Visit of Operational Location
It should be noted that applicants for Licences are not always required to be operational as at the time of submitting their applications, especially for new Licences or new entrants. What the applicants need to submit as per the application process is to demonstrate their technical and financial capabilities. In the past, the NCA, has awarded licences to new entrants who have gone on to operate and have delivered services as per the licenses they were awarded.

Lack of Client References or Testimonials
IMANI also stated that there were no client references or testimonials of previous works done in the clearing and general telecom intermediation space. We respond by saying that all applicants again were required to demonstrate this, either by themselves or by their partners and Afriwave partnered with Huawei Technologies, Meucci Solutions and Laurasia Associates. This partnership was evident by letters of commitment and agreements.

Evaluation and Selection Process
We wish to state that the NCA, in compliance with the regulations mandating it, ensured that every aspect of the process was adhered to.
Finally, the NCA wishes to state that its commitment to the people and Government of Ghana is paramount in all its activities. The Authority, takes this opportunity to once again inform the general public that its doors are always open to share information in line with its communication policies.