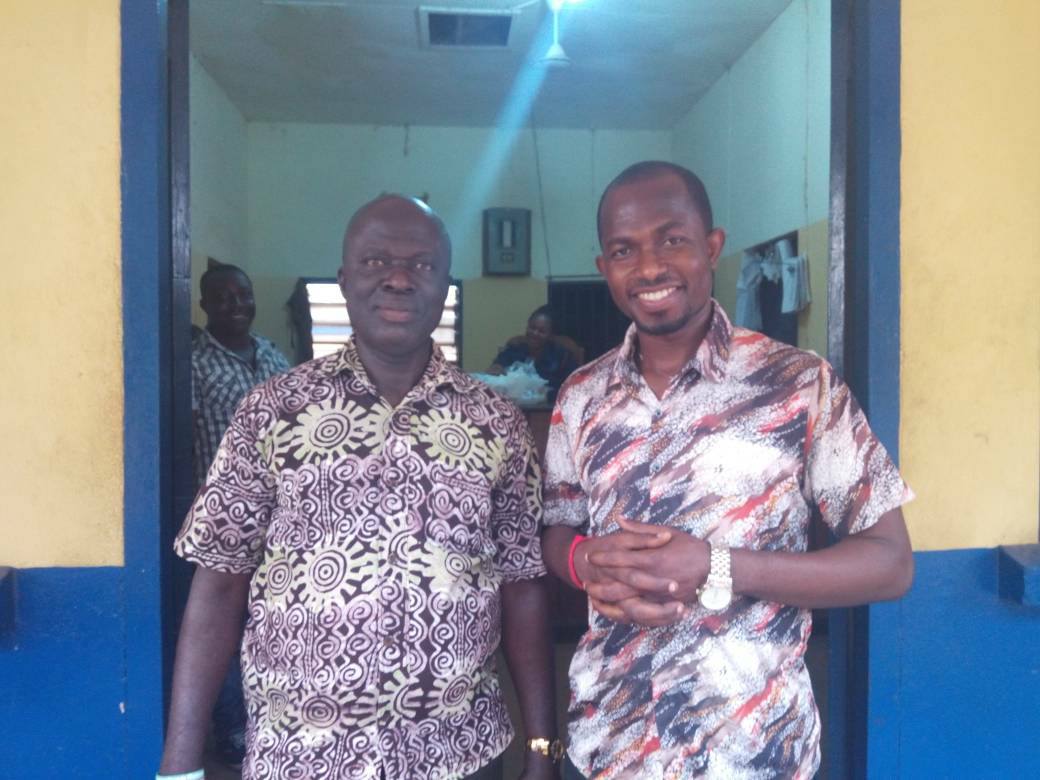 Few Days ago, a philanthropist, politician and founder of the Narayana Foundation an NGO based in Accra decided to hit the Nkwanta South Police cells in the Volta Region with the quest of bridging the gap between inmates and families outside their walls.

The charity event dubbed, ‘Christmas Giveaway with inmates’ was organised on Tuesday 26th December 2017 as Mr Osei-Nyarko Narayana joined by his local rep Mr Bernard Joachim Potakey stormed the Nkwanta Police cells with a lot of food, drinks , yoghourts and water to feed over 11 inmates.

With an atmosphere filled with love and care for these inmates, Chief Inspector Okyere invited the inmates to enjoy the mouth-watering meal. The love, passion, actions and speed with which the inmates pounced on the packaged meal served would have one wondering how often this happened and for a day meant for joy and happiness, tears couldn’t be eliminated.

Mr Narayana who was equally touched and very emotional about the actions of the inmates advised them to do everything possible legally and constitutionally, to get themselves out of the cells and be guided by the ordeals they are going through so that they can be reformed and become good citizens.

Whatever bad deeds that led them to the cells should not be repeated when they find themselves out of the cells. He also called on the Ghanaian Society to eschew the negative perceptions about inmates but rather play integral roles in making life worth living for them.

Mr. Narayana again reminded the inmates that every Saint has a past and every criminal has a future. So they still have a chance to reform and become respectable people in the society. Being in cells today doesn’t spell their end.
The kind gesture was equally extended to all officers on duty that day. Chief Inspector Okyere of Ghana Police, Nkwanta station expressed his gratitude and appreciation on behalf of the inmates and his colleagues for the eye opener gesture in the District. He also added that, this does not really happen here and that it is a great move and that a soul has indeed been touched.