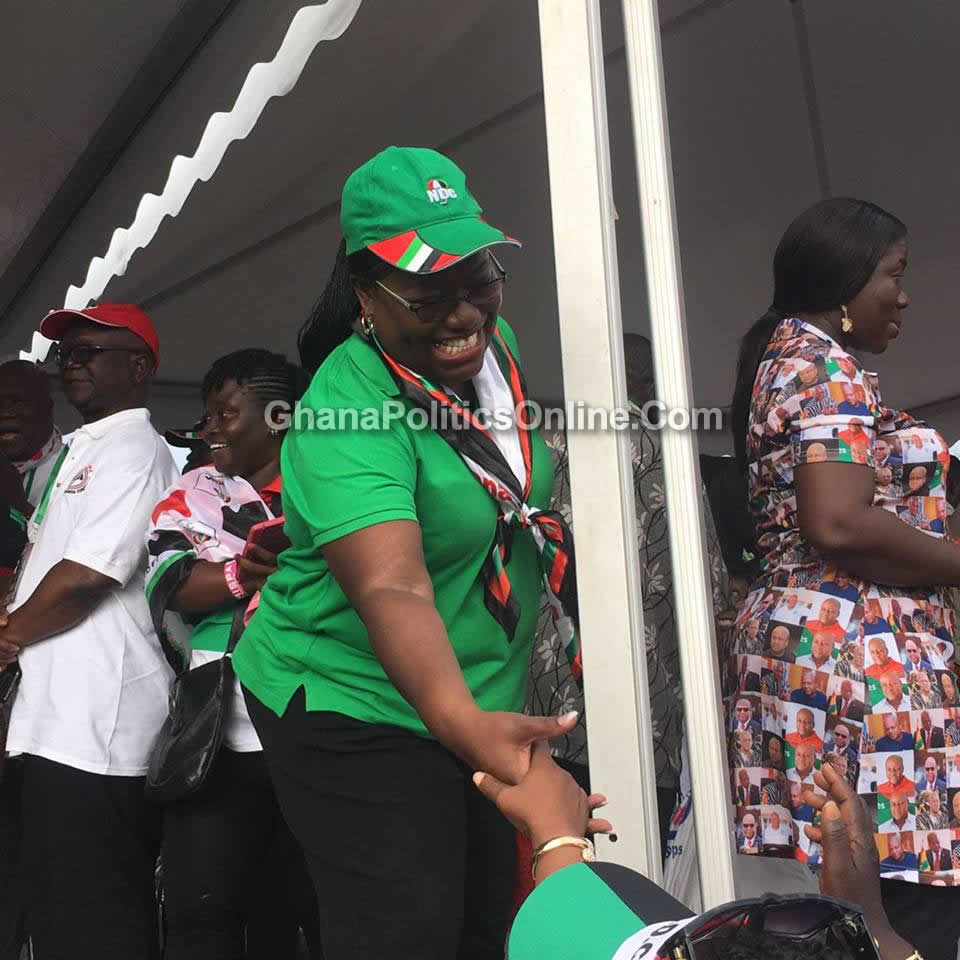 Minister for Gender, Children and Social Protection Nana Oye Lithur says the National Democratic Government’s targets set in the area of social protection in 2012 and wholly captured in that year’s manifesto have been achieved beyond expectation.
She said promises such as consolidation of social protection and the formulation of pro-poor policies have well been fulfilled. Nana Oye Lithur made this known on Saturday, September 17, when she mounted the podium at the Sunyani Coronation Park during the launch of NDC’s 2016 manifesto.

“People of Ghana, men, women and children have been the first and central pillar of our social democratic NDC government,” she said. She said since 2013, when the mandate of President John Dramani Mahama began, “we have empowered, supported and have cared for all the people of Ghana”.

Interspersing her address with Ga and Fante, she stressed that the 2012 promises have been fulfilled beyond measure. The human rights lawyer cited how the Vice President, Paa Kwesi Bekoe Amissah-Arthur, commissioned the National Household Registry which is a database of the poor in the country.

“We are registering all extremely poor people in the Upper West Region for starters. “We said we will strengthen LEAP, we have exceeded.” She refuted claims by the New Patriotic Party (NPP) that they started the Livelihood Empowerment Against Poverty (LEAP). “In 2008, they registered 1,640 households.

As we speak today, President John Dramani Mahama has registered 217,000 households under LEAP.” She said the figure translates to 852,000 Ghanaians benefitting from the pro-poor programme.

She asked the party supporters to give President Mahama a second term for unprecedented projects such as the registering of 11,249 prisoners free of charge under the National Health Insurance Scheme (NHIS).