The flag bearer of the National Democratic Party (NDP), Nana Konadu Agyeman-Rawlings, has submitted her presidential nomination forms to the Electoral Commission to enable her contest the 2016 elections.

Other presidential nominees to have submitted their forms are Kofi Akpaloo of the Independent People’s Party (IPP), Agyenim Boateng of the United Front Party (UFP) and Hassan Ayariga of the All People’s Congress (APC).

The Electoral Commission (EC) is, however, not accepting the GHS50,000 filing fee that must be added to the forms to complete the process because the Progressive People’s Party (PPP) has sued the EC in connection with the fee. The EC has taken such action so as not to be in contempt of court.

So far 23 nominees, including seven independent aspirants, have picked forms to run for president. They are to start filing their nominations between today and Friday September 30. 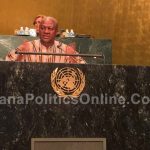 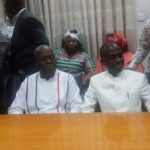