Former first lady Nana Konadu Agyemang Rawlings has been accused of plotting an agenda against former President John Mahama to lead the National Democratic Congress (NDC) in the 2020 general elections.
A pro-NDC group, Concerned Binduri Youth accused her for secretly scheming against the return of Mahama.
The group said Nana Konadu is deliberately using the 31st December Women’s Movement to frustrate the former President.

A statement signed by convener of the group, Dauda Assibid said the Concerned Binduri Youth have monitored and gathered reliable information about the clandestine machinations of Nana Konadu Agyemang-Rawlings, against Mahama’s bid to return to lead the NDC in 2020.

According to him, “Nana Konadu has instructed some 31st December Women’s Movement executive to mobilize and stage an uprising against John Mahama’s come back. Another FONKAR game being cooked. We have not forgotten how the former First Lady worked tirelessly against former President Mahama, including being in bed with the New Patriotic Party during the last general elections and 2012. The elders say once you are bitten, you must be twice shy. The past is a guide to the future. That is why we are alarmed at the current moves of Nana Konadu who is not an NDC member now and wonder what her real motives are.

“What has John Mahama done to deserve all this hatred? Is it because John Dramani Mahama is a Northerner? Something is just not adding up and we want to bring this attitude to the attention of the Council of Elders, Chaired by former President Rawlings, who is incidentally the husband of Nana Konadu.”

He added: “We also wish to caution that the grassroots made the Rawlingses who they are today, and they should for that matter, be grateful. Former President Rawlings should caution his wife to concentrate on her ineffective NDP. The NDC has nothing to do with her party. An internal contest among NDC family members must be devoid of other party meddling. We have not forgotten how Nana Konadu worked for the NPP and we believe she has begun the dirty works for the NPP very early.

“We are therefore warning that these calculated attempts to stifle the bid of our most formidable candidate, whom the NPP trembles at hearing his name, will consign the NDC into oblivion. John Mahama’s record so far has been a tall mountain for the NPP to emulate, for which reason they fear his return. This is an opportunity we must not let go. JM is our best bet for power in 2020. Let us support him to take back our power.” 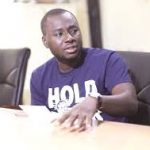 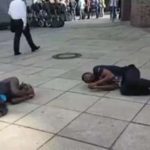