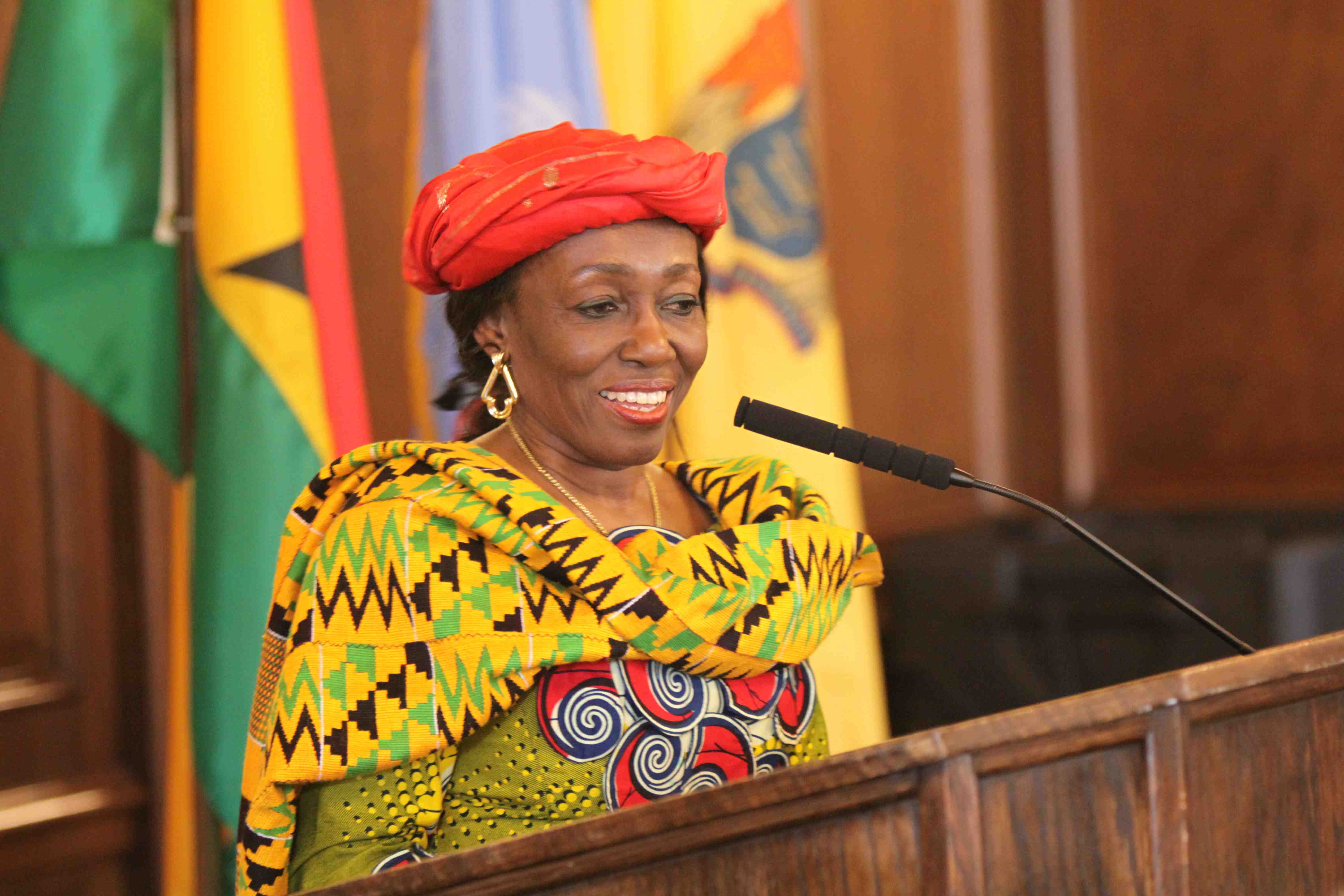 According to him, Nana Konadu Agyeman Rawlings voluntarily resigned her position as Vice Chairperson of NDC and picked a form to contest the election as Presidential Candidate of the NDC.

Kofi Adams’ explanation on how the former first lady left the NDC is borne out of the fact that President Mahama is accusing the NPP’s Presidential Candidate, Nana Akufo-Addo of dividing the largest opposition party and as such, he will be a bad president for the country should Ghanaians give him their mandate in the 2016 elections.

In view of President Mahama’s accusation, the acting General Secretary for the NPP, John Boadu in an interview quizzed “Now, I want to know: when Konadu Agyemang Rawlings was leaving his party, was his party divided? Where was he when Obed Asamoah was detained for 24 hours? Where was John Mahama when Frances Essiam was whipped, where was he?”

But Kofi Adams reacting to the issue said on Okay FM’s ‘Ade Akye Abia‘ Morning Show that the wife of the founding father of the ruling NDC left the party when she could not win the leadership role of the party in the Presidential race.

“I, Kofi Adams supported Nana Konadu for the leadership of the NDC. After the election, everything which happened was part of democracy and the best prevailed . . . ,” he averred.

He stressed that “We thought that democracy demand that when you lose, you stay in to carry on and she decided that she is leaving the party to form her own party; that right of her was respected”.

“Nobody ill-treated her while she was contesting the chairmanship position . . . She left voluntarily and designed her political party and went for signatures across the country to register her party,” he explained.