Nana Addo Dankwa Akufo-Addo?s strong aversion for the King of the Ashanti, Otumfuo Osei Tutu display when he concluded his three day ?rise and build? tour of the Ashanti Region without paying homage to the Ashanti King as tradition and custom demands.

In what many Ashantis say it was a deliberate plot by the 2012 flag bearer of the New Patriotic Party to spite the Otumfmfuo and Asanteman, Nana Akufo Addo is being accused of spending three working days in Ashanti region, believed to be the party?s stronghold; without a visit to Manhyia, seat of Asanteman Council.

According to some peeved Ashantis, it was unusual for a ?high profile person ?like Nana Akufo Addo to come to Ashanti region to engage in political activities for three days without ?first going to Manhyia to seek Otumfuo?s permission and blessings.?

?it is not just an institutionalized practice but that is what our custom demands?almost all the political heads that come to Ashanti region, including President, first go to Manhyia to pay obeisance to Otumfuo before they go ahead with whatever they intended to do in the region, but Nana did not do that. It?s a big disrespect to Otumfuo and Ashanteman,? a well-know NPP activist who hail from the Ashanti region noted. 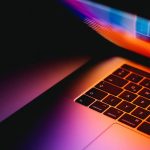