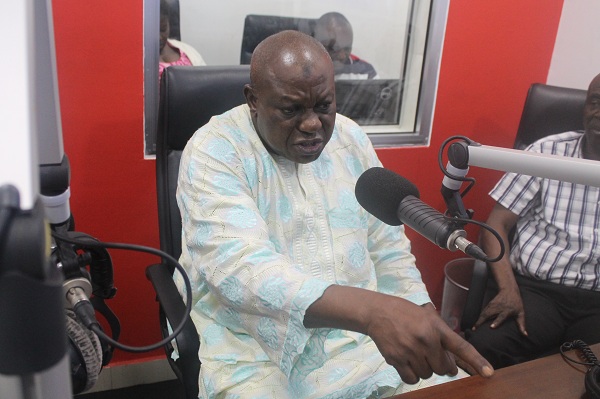 It is almost becoming a dogmatic routine for the New Patriotic Party to deal with fresh troubles at the start of every new dawn.

Under the leadership of Nana Akufo-Addo, the party has been saddled with uncontrollable nightmares and Alhaji Bature believes it all boils down to pride that some members in the camp of Nana Akufo-Addo have refused to dress down.

He claims Nana Akufo-Addo still has a bone to pick with ex-president Kufuor and this has contributed to the numerous troubles facing the party.

“They should go and beg President Kufuor. Nana Addo should lead members of his camp to render an unqualified apology to Mr. Kufuor.

If they don’t do it and the man doesn’t take that pain out from his heart, the party would continue to wallow in confusion and might break up.They are all know the problem but they are pretending they don’t know”, he added.

In an interview with Okay FM, the managing editor for the Alhaj Newspaper, noted until Nana Addo goes on his knees and renders an apology to ex-president Kufuor, the troubles in the party would linger on.

He quashed statements by some executives of the NPP that the destruction in their party was sponsored by the incumbent government.

According to Alhaji Bature, the National Democratic Congress has nothing to do with the plights of the NPP and until the cat is let out of the bag, curses would still chase the party.

“The curses are not from the NDC and no one from the ruling party has put any of the NPP leaders under any form of spiritual spell. They (NPP) simply don’t want to let the cat out of the bag.

The party would continue to remain bastardize and things would even get worse for them if the truth isn’t told”, Alhaji Bature warned.