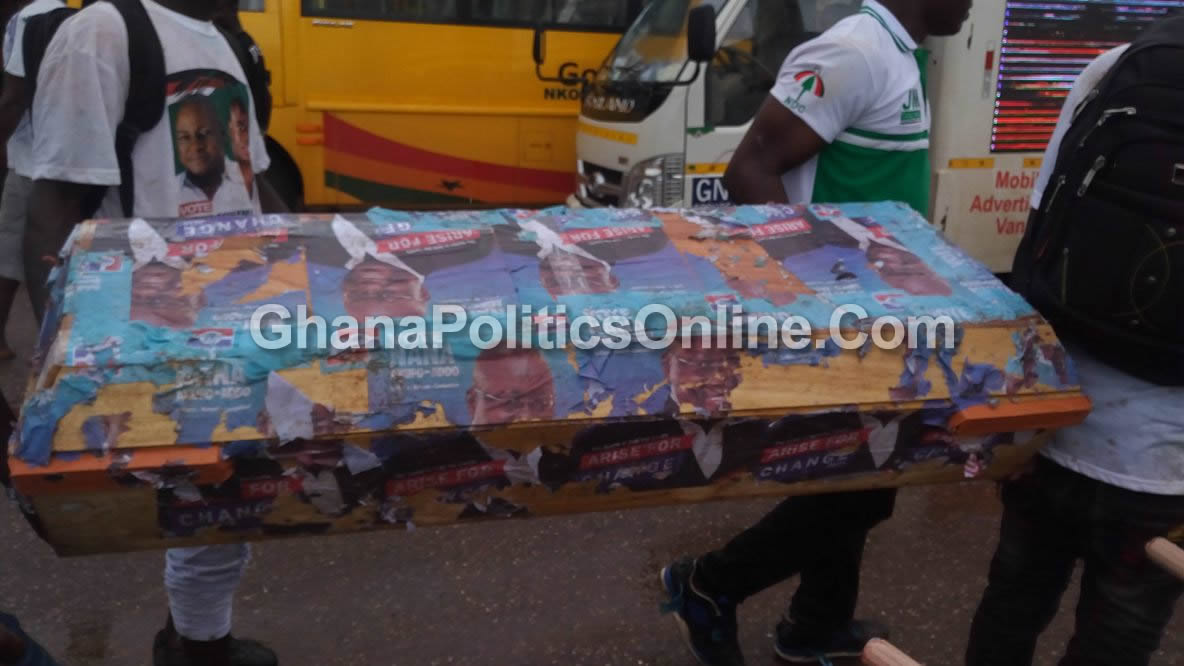 Mustapha Hamid, Spokesperson of the New Patriotic Party (NPP) Flagbearer Nana Akufo Addo has described as reckless and unfortunate the conduct of some supporters of National Democratic Congress (NDC) who carried a coffin and put Nana Addo’s poster on it at the party’s manifesto launch in Sunyani.

It is unclear what message the supporters were seeking to communicate, particularly when some persons in the ruling party, have attempted to use the health status of Nana Addo as a campaign tool. The party has also said they will retire Nana Addo this year, to kill his dreams of leading the country.

But his spokesperson on his facebook wall wrote, “Until we raise our game as young people in active politics, politicians will never respect us. Mahama brought these young guys to his manifesto launch; all he could do was to ask them to engage in this. Find a coffin and put Nana Addo’s poster on it and exhibit such crass buffoonery.

Elsewhere young people are playing key roles in political campaigns in formulating policies to provide alternative direction to build their nations. In the NDC the young people are trained to be dispensable buffoons- used and dumped and used again when it is elections. I bet 100% of these guys are jobless. Even after carrying this coffin, they’ll leave Sunyani jobless.

The NDC will never learn. Instead of finding ways to retrieve the DKM monies from Lordina to pay those poor customers, they waste time on praying Nana dies. I now understand why the rains came” ultimatefmonline