Policy Adviser for the 2016 campaign team of the New Patriotic Party (NPP), Boakye Agyarko has debunked claims that the party’s flagbearer, Nana Addo Dankwa Akufo-Addo knew of the coming of the ex-Guantanamo detainees into the country six months to their arrival.

The former Governor of the Bank of New York, speaking on Accra-based Oman FM on Tuesday, said his boss was briefed on the deal between the Ghana and US government after Mahmud Umar Muhammad Bin Atef and Khalid Muhammad Salih Al-Dhuby arrived in the country.

“Nana Addo was never briefed. At the time the US Embassy guys came to him, the detainees were already in the country…so I find it quite intriguing claims that he knew of their arrival six months earlier…,” he said.

Irbad Ibrahim described as a Security and International Relations expert, claimed on Joy FM on Monday that Nana Addo was informed about six months ago of the US government’s intention to bring Mahmud Umar Muhammad Bin Atef and Khalid Muhammad Salih Al-Dhuby, ex-Guantanamo Bay detainees, into the country.

“I can say for a fact that Nana Akufo-Addo was duly informed six clear months before the Gitmo detainees touched down…he was informed by the Americans…there was broad-based consultation…,” he claimed on the station.

This ‘fact,’ he said makes him wonder why Nana Addo could deny knowledge of the coming of the Gitmo 2 into the country.

But this claim has been denied by the spokesperson of the NPP Presidential candidate, Mustapha Hamid.

Mustapha Hamid’s view, Boakye Agyarko, said is the true reflection of what transpired between the US Embassy and Nana Addo.

“After Nana Addo was informed, his position was that he would discuss with the party’s leaders and that is all he said…but in any case, the position of the American Embassy in Ghana (that the detainees cannot be returned because it’s a done deal) shocks me…,” he said. 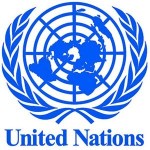 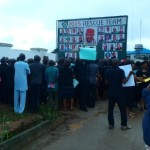