The Bolga Central Constituency Communications Director of the New Patriotic Party, Awonekai A. Elvis-Figo, has told Daily Guide that the appearance of his electoral details and picture in the National Democratic Congress voters’ register confirms Nana Akufo-Addo’s belief that the ruling NDC has access to the Electoral Commission’s data.

According to him, he has never registered with NDC as a member at any level, whether in the past or even during the recent biometric registration the NDC did across the country.

“So how did my name and the details on my National Voter’s ID get into an NDC voters’ register? The NDC used the same picture with the same background like it is in the register. Nana Addo has been saying the National Democratic Congress has the Electoral Commission’s data and they keep denying it; now see the evidence,” he said.

Mr Elvis-Figo, who is also an aide to Rex Asanga, the NPP’s parliamentary candidate for Bolga Central, told Daily Guide that on November 15 he was informed by an NDC friend that his name had appeared in the register and that despite efforts to get his name out of the register, his name was still in the register.

“I suspect they wanted to create a situation that will create the impression that I was not loyal to the NPP or the parliamentary candidate. If not I wonder why they left it after I had drawn their attention during the exhibition,” he added.

At the time of filing this report, nothing had been heard about any court action, as Elvis-Figo threatened in earlier interviews.

Talking about his boss’ chances in the 2016 parliamentary elections after the NDC’s primaries, Elvis-Figo said Rex Asanga has a brighter chance of winning the hearts of the people of Bolga Central in 2016.

“Those days when people voted for any candidate at all a party brought for election is over. In 2016 people will vote for a candidate that will attract development projects to the area. People have voted on party lines and those candidates took them for granted and never fulfilled their campaign promises. This time what we are hearing is that the people want development-oriented people, not just politicians contesting on party tickets,” Elvis-Figo stated. 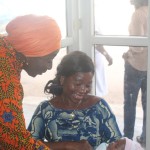