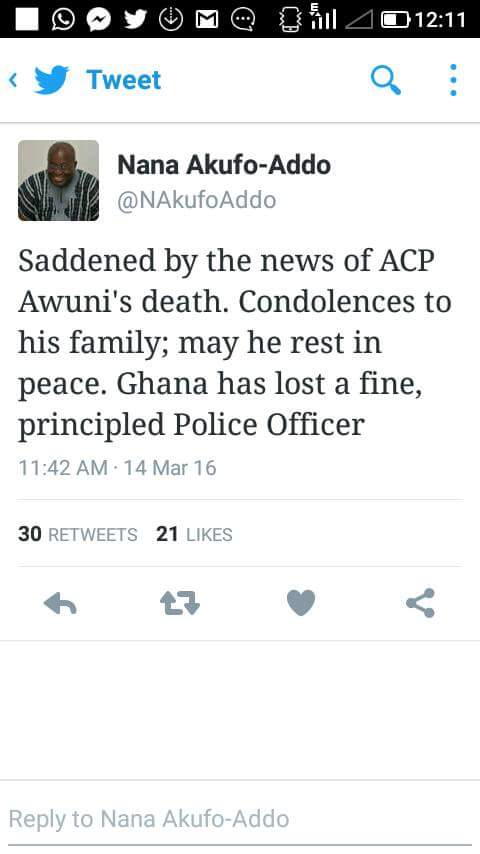 In his bid to be the first statesman to wish the late DCOP Awuni a farewell, NPP’s presidential candidate, Nana Akuffo Addo, has goofed big time on social media.

In Nana’s latest tweet captured by GhanaPoliticsOnline. Com,to the late security officer, states a different rank ACP instead of DCOP making observers and readers wonder who Nana is referring to.

Nana’s supposed fare thee well reads,Saddened by the news of ACP Awuni’s death. Condolences to his family; may he rest in peace. Ghana has lost a fine, principled Police Officer.”

Indeed, if not for his quickness to squeeze political gains from the man’s death, this blunder wouldn’t have occurred.

DCOP Awuni was an accredited member and a Council Member of the Institute of Public Relations, Ghana.

Mr. Awuni held an M.A in Governance and Leadership from GIMPA, a Diploma in Journalism from GIJ and had rich experience in United Nations Missions Abroad with experience in countries such as Namibia, Bosnia and Sudan.