In a country where most public spaces are not disability friendly, a country where physically challenged persons do not have an enabling environment to realize their aspirations, comments by the first gentleman of the land suggesting that only people like them can’t see and hear about Government’s efficiency are appalling, to say the least.

President Nana Akufo-Addo yesterday, in his bid to ensure his party retains the Ayawaso West Wuogon Parliamentary seat previously occupied by the late Emmanuel Kyeremanteng Agyarko, said it was only the blind and deaf who couldn’t see the promises his Government is currently fulfilling.

“We came to fix Ghana, and in these two years, it is only those who are blind or deaf who are not aware that indeed we have done something,” the President said on the campaign trail.

President Nana Addo made the ableism comments on this platform during the NPPs campaign at Ayawaso West Wuogon.

The United Nations’ Convention on the Rights of Persons with Disabilities reinforces the need to protect the rights of children and adults with disabilities and ensure their full and equal participation in society. The President’s comment does not promote this in any way.

Mr. President, the blind and deaf are Ghanaians too.

President Nana Akufo-Addo’s comment offends the over 5 million people with disabilities in Ghana. [According to the UNICEF Ghana Country Report (2000:18)]. The President’s comments amount to verbal abuse and for persons with disabilities, can be as painful as physical abuse.

Verbal abuse being explained as behaviours, SPEECH and actions of parents, caregivers or other important figures (including presidents) in an individual’s life that negatively impact their state of mind.

For the President to concede in September 2018 that Ghana was in trying times, it is unfortunate a Government led by him which has, so far, done very little in terms of social intervention programs for PWDs will turn around and suggest that people like them can’t see the ‘positive change’ his government has effected.

As shocking as those statements may seem, whether or not they were deliberately aimed at ridiculing a group of people is very unfortunate and one would have hoped that the President realizing his mistake would have come out to apologize for such unsavory comments.

Granted, politicians can get a little carried away by the atmosphere at party events, but a real hallmark of statesmanship that goes beyond only occupying the Jubilee house is the ability to pull together the nation in a hope of a better country.

For a President who has built a career on the back of advocating for the rights of the marginalized and less privileged in society, he should have been the first to have condemned his own comments. Even if he missed it for one or two reasons, his loyalists who were outraged in 2016 when the NDC’s Edwin Nii Lantey Vanderpuye said the President was too short to become President should, rather than blindly support the President, have come out to say; “Look Nana, we love you, we want our party to win, but a comment like this about physically challenged people is a no-no”

As a recent graduate of the University of Ghana and a volunteer at Radio Univers; I was privy to some excellent work by persons the President said couldn’t see the progress his Government has brought to the country.

One of my friends back at the University of Ghana, Ebenezer Azamati, who I interviewed on numerous occasions because of his in-depth knowledge and understanding of issues, was an excellent student by all standards. One who is clearly able to assess and feel the impact of a government claiming to have delivered on its promises.

Bukari Abdul Kudus, another physically challenged student was the valedictorian of his graduating class.

There are so many of such distinguishing stories of physically-challenged people doing amazing stuff at the University. These are just but a few.

Outside we hear similar stories of how physically challenged people, given the necessary support by Government, are able to not only see but feel the relevance of their Government.

The bigger problem in all of this too is how the opposition have kept mute on this matter, partially because they are also complicit in this to some extent as some of their party members have said same or worse in the past.

A leading figure in the NDC in 2014 made some insulting comments about Ivor Greenstreet after his ‘criticism-filled’ solidarity message to the party during their Kumasi congress in 2014.

The bigger problem is how ridiculing the physically-challenged can potentially become a part of our political culture in the name of expediency and satisfying the masses.

The Physically-challenged are Ghanaians too, given the right support and environment they can contribute to nation building.

The President’s comments are regrettable because they inhibit personal growth, affect the confidence levels of such persons, and reinforce ableism, hence making them unable to actively contribute towards national development.

No matter what your intentions are and how genuine they might seem, you can’t help someone if you see them as less than human.

Treating someone as a lesser being automatically hurts them no matter what positive results might be intentioned.

In 2015, according to the Ghana Federation Of Persons With Disabilities, “People with disabilities in Ghana are often regarded as unproductive and incapable of contributing in a positive way to society, and rather seen as constituting an economic burden on the family and the society at large, which leaves them in a vicious cycle of poverty.”

The President in his 2019 new year message called on all Ghanaians to join hands in building the country.

“I am looking forward very much to 2019 with a sense of hope and optimism, because our nation is certainly on the right path. This year promises to be a good one, and I encourage you to join hands with my government in building the progressive and prosperous Ghana we all want,” the President said.

This I believe included Persons with disability. Although his recent statement is regrettable, there is still a chance to prove to Ghanaians that his actions won’t match his words. 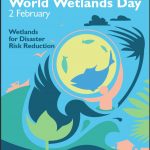 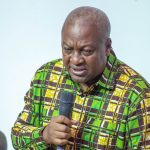