A private legal practitioner, Lawyer Chris Akume says the brouhaha which led to the withdrawal of an earlier decision by former president Mahama to keep his Cantonment residence as part of his retirement package is a sign of disrespect by president Nana Akufo-Addo to the Asantehene Otumfou Osei Tutu II.

According to him, the President in the presence of the Asantehene, verbally agreed to grant his predecessor his wish to have his No 3 Prestige Link residence as part of his retirement benefit.

Speaking on a current affairs program, Alhaji and Alhaji, on Radio Gold, Lawyer Chris Akume said it is unfortunate for the President to make a u-turn exactly a week after agreeing to give the former president the house describing his actions as “betrayal and total disrespect to the Asantehene.”

“When you agreed on something with prominent person like Otumfuo you don’t go back in betraying the very things you agree with, especially when those people are of higher standard in the society. You ask for a letter to be written by the then chief of staff Julius Debrah and that letter was given to Osafo Maafo and before we all know, the letter went viral,” he condemned.

President Mahama’s official residence became a subject in the country after a letter written by then Chief of Staff, Julius Debrah, was leaked.

The letter provoked anger amongst the general public with critics accusing the former Mahama for wanting to have his residence which is meant for the vice president.

President Mahama later withdrew his interest in having that bungalow. 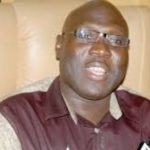 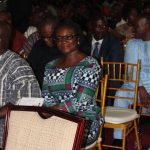