Alan Kwadwo Kyeremanten, a former Minister of State and a leading member of the New Patriotic Party (NPP), has suggested that the party will lose the 2016 Presidential Election if Nana Akufo-Addo is elected flagbearer.

Speaking to NPP loyalists and potential delegates in New York last weekend, Kyeremanten said although Nana Addo had represented the party well in the last two elections, he did not appeal to floating voters.

An unusually blunt kyeremanten stressed that the need for the NPP to field a candidate who will, according to him, appeal to the “300[000] and 500,000 people who always decide the final vote”.

The former Ghana Ambassador to the USA said the NPP did not need someone who could easily win party primaries but fail in the national election.
This, he said, was necessary if the party was to win the 2016 elections, adding: “The thought of not winning in 2016 is so frightening that it’s difficult to contemplate.”
Mr Kyeremanten said: “I want to be very upfront…I think that we have our own senior brother, Nana Akufo Addo. He’s represented the party very well on two previous occasions. Unfortunately, for whatever reason, it’s not been possible for us to get into power. I think that we must explore other opportunities and that is why I will be putting myself up as a candidate when the nominations open and I am here to seek your support.
“The challenge that we have is not convincing our core voters in the party,” he explained. “… Almost invariably you can imagine that if everything goes well you can expect that our core voters will vote for us. The difference lays in how we convince the swing voters …”
“Let us try to understand the psychology of these swing voters…” he explained.

“They are swing voters because there are not aligned necessarily to any party. When you want to deal with a floating voter you’ve got to understand his psychology and almost invariably it is a question of this is the man I want… The advantage that I have is that I have an appeal, somehow, to these floating voters.”

“We have a margin of between 300[000] and 500,000 people who always decide the final vote and so I ask for your support because if indeed we can all work together to put me as the next flagbearer, I can assure you that 2016 we’ll be back in power.”
The NPP flagbearership contest is expected to be a two-horse race between Kyeremanten and Nana Addo. 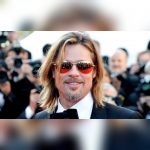