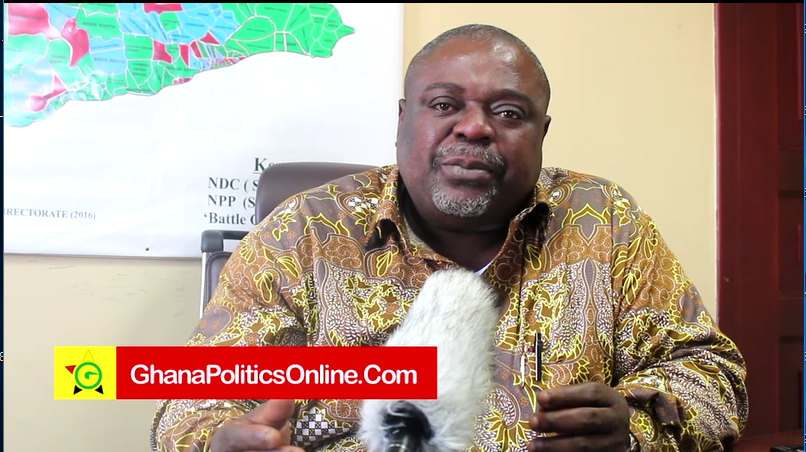 The Deputy General-Secretary in charge of Administration for the National Democratic Congress has said that J. B. Danquah was a traitor to the struggle for Ghana’s Independence.

Earlier this week, there was a release from the office of the president of Ghana Nana Akufo Addo to change the founders day celebration from Osagyefo Dr Kwame Nkrumah’s birthday which has always been on September 21 to August 4 to honor his uncle JB Dankwah and the members of the then UP tradition.

In an interview with Ghanapoliticsonline.com, Mr Anyidoho further intimated that President Nana Addo is forcing Ghanaians to orbit in realms of absurdity just because he wants to whitewash the image of his uncle by trying to change the history of this country by forcefully honoring JB Dankwah.

He said Nana Akufo Addo is trying to change the history of Ghana but JB Danquah will forever remain a traitor in the history books of Ghana and any attempt to change that is an exercise in futility.

According to Mr Anyidoho, Ghana’s history has been written a long time ago with the name of Osagyefo Dr Nkrumah solidly etched and so President Akufo-Addo and a small group cannot change that history.

“Our national anthem enjoins us to resist the oppressor’s rule with all our heart and mind, as such the NDC and the Socialist Forum of Ghana, as well as all patriots and progressive forces shall resist any attempt to change the course of history,” he said.

Mr Anyidoho said the resistant movement shall not accept any revisionist tendencies. “It was Dr Nkrumah who on March 6, 1957 led the movement for the lowering of the ‘’union jack’’ (the flag of the United Kingdom) and the hoisting of the red, gold, black star and the green flag of the Republic of Ghana and nobody can take that away from him.

He commended late President Prof. J.E. Atta Mills for establishing the Founders’ Day, saying the opposition would, on September 21 embark on a solidarity march to commemorate “the Founders’ Day Celebration of the birthday of Osagyefo Dr Kwame Nkrumah, the Founder and first President of the Republic of Ghana.’’

Meanwhile, the NDC said it would use every available means to repel moves by President Akufo-Addo to alter the historical records of the country.

The party has ,therefore, decided to embark on a solidarity march on Thursday, September 21, “to commemorate the Founders’ Day Celebration and the birthday of Osagyefo Dr Kwame Nkrumah, the Founder and the first President of the Republic of Ghana”.

A statement signed by Mr Anyidoho, said “the march, which will commence at 6 a.m., will move from Nima, through the Kwame Nkrumah Circle, Farisco to UTC and end up at the Community Centre next to the Kwame Nkrumah Mausoleum”.

He said solidarity messages would come from leading personalities from the NDC, the Socialist Forum of Ghana and all progressive forces to once again establish the fact that Osagyefo Dr Nkrumah is the founder of the Republic of Ghana.