*Market capitalization down by 12.36 per cent

LAGOS—The financial sector appears to have entered a heightened pressure, yesterday, as both the foreign exchange and stock market sustained major negative trends.

The Naira depreciated further to a 43-year low at N305 per dollar as scarcity of dollars intensified in the unofficial market.

From an average of N287 per dollar on Tuesday, the parallel market exchange rate rose to an average of N305 per dollar across the country.
Similarly, the new year stock market haemorrhage entered the eighth day yesterday, with a total N1.22 trillion losses to investors, giving a year-to-date decline of 12.36 per cent in market capitalisation. The stock exchange, which opened this year at market capitalisation of N9.851 trillion began a free fall till yesterday, closing at N8.63 trillion while the NSE ASI which opened the year at 28,642.25 points closed yesterday at 25,103.05 points.

The losses were heightened in the last 48 hours with a cumulative two-day loss of N430 billion following the escalated foreign exchange management crises which came with CBN’s announcement of its decision to cease sale of foreign exchange to BDCs on account of the precarious state the operators had forced the entire economy.

Since Monday when the Central Bank of Nigeria (CBN) stopped weekly dollar sales to Bureaux De Change (BDCs), the Naira has been depreciating against the dollar.

BDC sources who confirmed the development to Vanguard , however, said that the exchange rate situation is uncertain as the rate changes from time to time. Vanguard investigation revealed that though the exchange rate touched N305 in major cities like Lagos, Abuja and Kano, it dropped slightly to between N295 and N300 per dollar in Lagos and Abuja at the close of business, while it closed at N305 in Kano.
Chief Executive Officer, H.J Trust BDC, Mr. Harrison Owoh, told Vanguard that the market is fluid.

“You cannot quote any rate for anybody now because the rate is changing every time.”

An Abuja based BDC operator who spoke to Vanguard on condition of anonymity said that the rate closed in Abuja at N298 but was above N300 during the day. He however said that it was difficult to quote any specific rate now as the situation was unpredictable. He opined that the rate would stabilize by next week, when the market would have absorbed the impact of the new CBN policy.

Financial analysts believe that the CBN’s state-of-the-economy address which came with the BDCs forex ban are having immediate negative effects on the economy, causing investors to withdraw from the Nigerian bourse to safer securities on the continent.

CBN justifies action against BDCs
Justifying the ban, the CBN Governor, Mr Godwin Emefiele, had said: “This fall in oil prices also implies that the CBN’s monthly foreign exchange earnings has fallen from as high as US$3.2 billion to current levels of as low as US$1 billion.

“Yet, the demand for foreign exchange by mostly domestic importers has risen significantly. For example, the last we had oil prices at about US$50 per barrel for an extended period of time was in 2005. “At that time, our average import bill was N148.3 billion per month.

‘’In stark contrast, our average import bill for the first nine months of 2015 is N917.6 billion per month, even though oil prices are now less than US$35 per barrel.

“The net effect of these combined forces unfortunately is the depletion of our foreign exchange reserves.

‘’As of June 2014, the stock of Foreign Exchange Reserves stood at about US$37.3 billion but has declined to around US$28.0 billion as of today.

“With the current economic realities in the country, the NSE, with the aim of hitting N200 trillion market cap by 2019, may well be moving away from its target.

Reps speaker meets BDC operators
Meanwhile, the Speaker of the House of Representatives yesterday held a closed door meeting with the leadership of the Association of Bureaux De Change Operators of Nigeria (ABCON) over the continued depreciation of the naira. The meeting was still ongoing as at the time of going to press.

Also today the Director General of the Nigerian Stock Exchange, NSE, Mr. Oscar Onyema is expected to present the market outlook where investors’ sentiment is expected to be shaped. 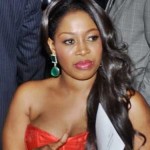