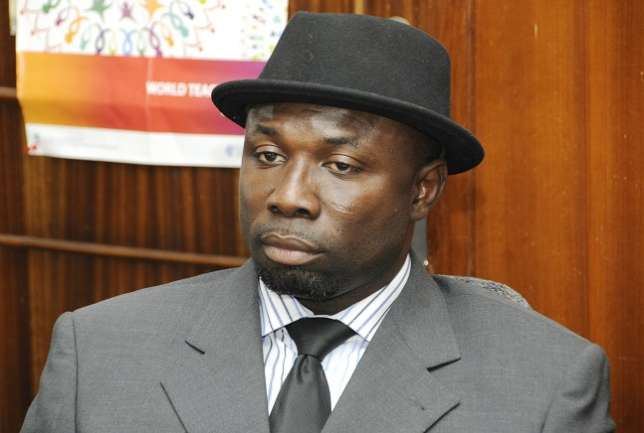 The National Association of Graduate Teachers (NAGRAT) has threatened to sue the government if it goes ahead to withhold the salaries of workers without SSNIT biometric registration.

President of the National Association of Graduate Teachers (NAGRAT), Christian Addai-Poku has indicated that teachers were not informed about the deadline for the biometric registration.

The Ministry of Finance has instructed the Controller and Accountant General’s Department not to pay salaries to 26,589 employees who have not been captured in the ongoing SSNIT biometric registration.

The Ministry also announced that it had suspended the payment of SSNIT contribution to some 23,029 employees, because they could not be accounted for in a nationwide head count which ended on October 22, 2016.

But NAGRAT president, Christian Addai-Poku has argued that the directive to withhold the salaries of some of its members is unfair.

“It is really wrong because the worker has worked over the period and the fact that somebody might illegally be on the payroll doesn’t mean somebody else must be denied their salary. That is going to create whole lots of problems,” he told Accra-based Joy FM.

He added that if NAGRAT had been notified about the deadline, it would have ensured that its members submit their details.

He said the Association is, therefore, asking for a month to enable its members to go through with the registration process.

But the Head of Payroll at the Controller and Accountant General’s Department, George Baah has insisted that the affected workers will not be paid for April unless the Ministry of Finance reverses its decision.