It has been revealed that the Narcotics Control Board (NACOB) has been operating with borrowed funds while trying to discharge its mandate of fighting the drug trade.

A recent exposé on the “Fabewoso” segment of Adom FM’s Morning Show ‘Dwaso Nsem’ indicated that NACOB, which is supposed to fight drug trafficking in Ghana, has had no board to regulate its activities since 2014.

This has hindered the effective combat of drug trafficking in Ghana but this has been kept under wraps until now.

Apart from this, 17 drug detecting machines either mounted at various entry points or operated manually by NACOB officials have broken down, the checks show.

It was also revealed that NACOB has been forced to borrow on its own after government subventions failed to arrive.

According to host of the show, Captain Smart, one of NACOB’s creditors seized three buses belonging to the educational unit of NACOB to defray their cost. 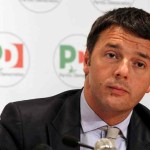