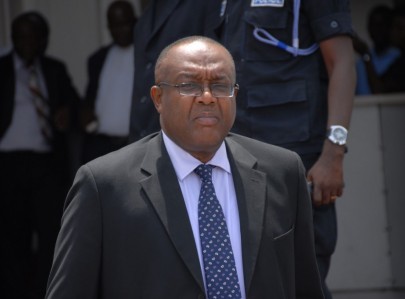 Victor Smith, the National Democratic Congress’ parliamentary candidate for Abuakwa North, has said the propaganda campaign waged against him that he was behind the death of the then-MP for the constitutency, Joseph Boakye Danquah-Adu, will not work.

According to him, the incumbent Member of Parliament (MP), Gifty Twum Ampofo, has been telling constituents that he had a hand in the death of the late MP, who was gruesomely murdered at his Shiashie residence in Accra some months ago.

Speaking in an interview with Chief Jerry Forson, host of Ghana Yensom, on Accra100.5FM in connection with his campaign for the 7 December polls, Ghana’s former ambassador to the United Kingdom said: “There are false stories being circulated about me by the Member of Parliament. She is going about telling people that I had a hand in the death of JB Danquah.

“She wants to use JB’s death for political mileage, to the extent that she went to pour libation on JB’s tomb to help her win the elections. What kind of politics is that? She should learn how to do proper politics.”

When asked whether he had reported the allegation to the police, Mr Smith said: “I don’t have time to go to court on the matter now because we have a few days to the elections. If she thinks I have a hand in the death of JB Danquah, she should go to the police. I don’t want to be detracted from what I am doing, I will take her on later.”