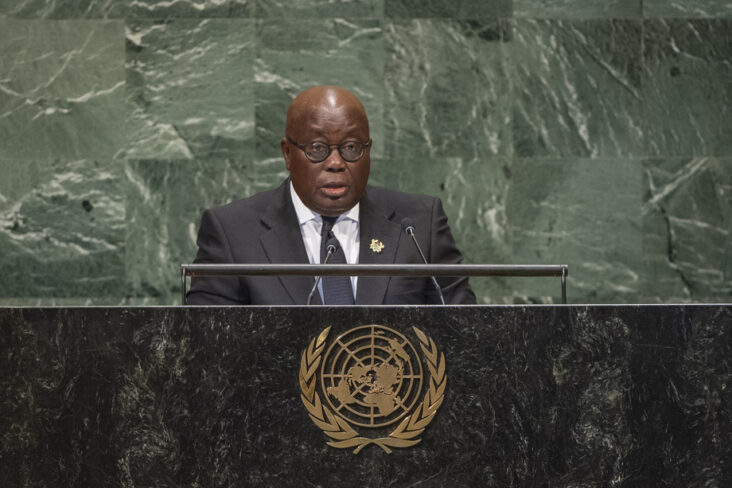 President Nana Akufo-Addo has admitted that his government’s fight against illegal mining, popularly known as galamsey, has been impotent.

He said it has not yielded results although he pledged to combat it fiercely when he took over power in January 2017.

The President in July 2017 put his presidency on the line with a commitment to end the illegal small scale mining which has destroyed arable lands and heavily polluted several river bodies in the middle and southern belt of the country.

Speaking at a meeting with the National House of Chiefs and Metropolitan, Municipal and District Chief Executives at the Manhyia Palace in Kumasi on Wednesday October 5, 2022, Akufo-Addo bemoaned the wanton destruction of the water bodies in the country.

Although he said mining has been with Ghanaians for centuries, the rules the chiefs put in place ensured that the environment was intact unlike recently where forests are being depleted with impunity.

“Since I took office in on 7th January 2017, nearly 6 years ago, I made it a central feature of my presidency to lead in the efforts to rid our country of this menace which we all now call galamsey. Indeed, it was an important aspect of my inaugural address of that day. It has not been easy; it has not been popular and we’ve not got the immediate results that I was looking for,” Akufo-Addo admitted in his speech.

He said for centuries that Ghana has been mining, the activity did not pose a threat to the environment but “tragically, in the modern era, that is not the case.”

He also mentioned that his stance on the activities of illegal mining cost him and his party in mining areas, stressing that his famous statement that he would put his presidency on the line to fight galamsey was the simple truth.

“We have tried many initiatives including the community mining scheme and the establishment of the new legal regime for dealing with the perpetrators of this phenomenon which has imposed severe sanctions on both Ghanaians and foreigners convicted of illegal mining,” he added.

As though it was a fresh initiative, Akufo-Addo then called for a close collaboration with the chiefs and local authorities to tackle the indiscriminate depletion of forests and pollution of rivers in the country.

“The progress of our country depends on all of us; all citizens of Ghana; all fellow Ghanaians coming together to defeat this existential threat to our future,” pleaded Akufo-Addo.

The meeting is to afford the President the opportunity to find other means of dealing with the canker which is pervasive in the Ashanti Region.

The meeting follows the allegation that some MMDCEs are involved in Illegal mining activities in their respective jurisdictions as taskforces retrieve heavy equipment around river bodies in most districts of the Central, Eastern and Western Regions.

Pro-government pressure group, OccupyGhana has asked President Akufo-Addo to immediately declare a state of emergency in all mining areas in the country as a tool to streamline mining activities in the country.

In a press release issued on Monday, October 3, the group urged President Akufo-Addo to seek advice from the Council of State before publishing a Gazette on same.

The group which also threatened to drag the government to court over the canker posited that the main problem with illegal mining in the country is the government’s “sheer inability, total unpreparedness, and, or blatant unwillingness to enforce the law.”

To the group that had been dormant for sometime, the government has no excuse to fail in the fight against the menace.

“Every law required to regulate the mining industry exists. Every government agency required in the police, the courts, and even the military) exists. Every district, municipality, and metropolis to enforce the law (namely the Ministry of Lands and Natural Resources, Minerals Commission, in which Galamsey takes place has a fully-paid Chief Executive supported by an Authority and Assembly.”

Many concerned citizens, just like the Minority in Parliament, have blamed the government for the destruction being done to the environment by the activities of illegal mining.

This comes after the recent brouhaha surrounding the activities of Akonta Mining Limited in the Tano Nimri Forest Reserve.

The company, owned by Bernard Antwi-Boasiako, the NPP Ashanti Regional Chairman and one other, is said to have been mining in the reserve despite a declaration by government that it has not granted any entry permit into the forest reserve.

While, the Lands and Natural Reseources Minister, Samuel Abu Jinapor, has stated that the activities of the mining firm are in direct breach of Ghana’s laws, no actions by the state have been taken to bring the company and its owners to book. 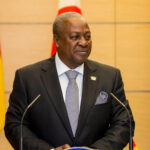 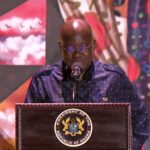