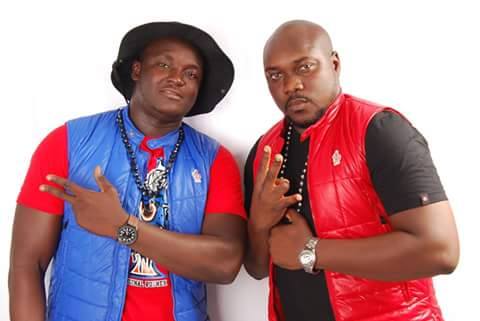 The music scene in Ghana is going to have a whiff of a new breeze of music artistry as music duo Banka 2 Banka readies to serve music lovers with two hot bangers.

The first song is Ashawo Gentle which has a strong message to hypocrites. The songs says it is not only people who are seen parading as prostitutes that are prostitutes but also those that take little things to get little favours.

“Ashawo Gentle is a song that talks about people who pretend to be holier than thou but are back stabbers; the pastors, big men who take people’s wives and ladies who sleep with their bosses for favours. If you are like these people, you are an ‘Ashawo Gentle’,” Banka 2 Banka quipped.

The second song, Yepaapi is a party song that talks about taking your mind off all the things that stress you up and rather come together with friends to have some fun. It has a bumpy groove that will definitely move one from their seats to dance. Yepaapi features dancehall prince, Rashid Mettal.

The dynamic music duo started as a group in 2000 but recorded their first song Obadwenba in 2001. The song’s success was hobbled by payola, lack of producer, among others.

That notwithstanding, they were lucky to have met B Bryte,, the producer that recorded Danso Abbeam’s Ghanaian Lady, Ruff n Smooth’s Swagger, and D Cryme’s Kill Me Shy, who decided to produce their songs. Later, they recorded Dada Ba with Ray and Cash 2.

Banka 2 Banka, made up of Dorllah (Henry Ellorm Andrews) and Konkah (Prince Eli Aklibosu) are now back for good and have come to stay.

The energetic duo says, they took some time off to do their homework for a strong come back.

“We went off the scene for a while. We needed to repackage our brand and songs to satisfy the taste of the music lovers. So we are finally here again. Ghanaians will love our two singles ‘Yepaapi’ and ‘Ashawo Gentle.’ We have a lot of good tunes crying for the music market,” they noted.

The songs produced by Dr. Ray have good sound quality with impeccable programming. Dr. Ray really proves his mettle on these two singles, as typical of his quest for the best products.

Dollarh dazzles with the oomph and punches in his deliver as his unique voice hits the beats. Konkah on the other hand displays his rapping prowess and he weaves beautiful lines to complement Dollarh’s.

Music lovers should get ready to welcome Ashawo Gentle on 20th January, 2016 and enjoy Yepaapi later in the year.