Admirers of President Akufo-Addo should advise him to suspend his empty ritual and political rhetoric and start serious work. The moment a leader peeps into the future, realising that his lack of leadership skill and capacity could have consequential effect on his image, such a leader will definitely resort to nepotism, long empty talk and promises to protect himself.

This is exactly what President Akufo-Addo is doing in office.With all his hoodlums, media support and successful restoration of the culture of silence phenomenon, the President is still being tormented by fear of the unknown which is the main reason why he has taken to nepotism and unnecessary rhetoric.

People who supported the President during the election and reposed confidence in him because of his long political experience and powerful “political rhetoric” are regretting their action because political affiliation has nothing to do with hunger,poverty, funding of criminal organisations and groups and lack of basic social amenities. Somebody should tell the President that Nkrumah is in a class of his own and his attempt to rubbish what the greatest African did for Ghana will not succeed rather, it will help Ghanaians and the progressive world to understand why pundits describe his administration as the most useless ever. What has achieved since he took over? Can he point to one major project achieved through deep and strategic planning? The economy has collapsed completely because he refused to appoint competent hands in his party to run the economy instead he opted for his friends and cousins. He is a media made President and being protected by his media cabal and other fake intellectuals and social commentators who have sold their conscience to the dogs and being paid billions of cedis for their ungodly job. Ghana has gone beyond recession and that must be made clear to the “talkative President”. The country’s economy is in the hands of wrong managers, Panama papers contractors who do not know what to do and out of nepotism and cronyism, not ready to be assisted by those who know.

And his Senior Minister Osafo Marfo, shamelessly read that kindergarten story on behalf of the President? Does he [Osafo Marfo] knows who the bank he worked with for decades was constructed? Does he know the idea behind the construction of that bank? And what was track record at the place? Before I touch on the main issues raised in that useless kindergarten story, let me deal with that false propaganda that Nkrumah was against private business and all his policies centered on the state ownership concept. President Akufo-Addo and his Senior Minister should read the full statement Nkrumah made about his 7 year development plan. He made it clear in that document that “Ghana will, for some time to come, remain a mixed economy in which a vigorous public and cooperative sector will operate along with the private sector”. In the same document, he stated that ” Let me make it clear that our socialist objectives demand that the public and cooperative sector of the productive economy should expand at the maximum possible rate, especially in those strategic areas of production upon which the economy of the country essentially depends” and he stated that Ghana was determined that the economic independence of Ghana shall be achieved and maintained so as to avoid the social antagonism resulting from the unequal distribution of economic power “We are equally determined to ensure that the operation of a mixed economy leads to the socialist transformation we envisage” I hope the President and his conmen understand what Nkrumah meant with that statement and policy direction. Is the President [Mr Akufo-Addo] comparing his failed one village one dam, one district one factory with those monumental achievements recorded under Nkrumah? Is the President serious? Does he respect Ghanaians? Or he thinks Ghanaians quiet demeanor and posture toward their J.B Danquah agenda means they are always ready to take those bitter distortions they push down our throats. He, the President himself was an Nkrumahist and was one of the trusted an hardworking Nkrumahists at the students front. He was an avowed Marxist. Why did he abandoned his father’s ideological philosophy for Nkrumahism? Among all the past leaders we’ve had, the leader who consciously used state power and resources to develop private businesses was Nkrumah and that must be made clear. The President knows this because of his closeness to the system and his relationship with Ohene Djan who was one of the CPP strategic pillars. When the Ghana Italian Petroleum Company (GHAIP) was established and licensed in 1960, was registered in the name of the state? It was a fully owned Italian Company and ANIC Societa per Azioni and AGIP Societa per Azioni of Italy were its major shareholde 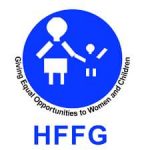 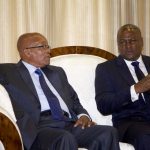