The Managing Editor of the Insight newspaper has challenged Vice President Dr Mahamudu Bawumia to find a solution to the recent spate in armed robbery attacks in the country.

The Vice President according to Article 201 of the 1992 Constitution of Ghana, is the chairman of the Police Council.

In view of this, Kwesi Pratt Jnr has charged the Vice President to ‘wake up’ to his constitutional mandate.

“Interestingly, our constitution allows our Vice President, Dr Mahamudu Bawumia to superintend the police council. So this matter is in his court and I think it will be a great pity if Dr Bawumia is unable to resolve this matter because two years ago, he was Mr Know-all; he knew answers to everything. Now he is in power; the police have been assigned to him; please wake up…please let all be well. The feeling of insecurity in the country is huge; everybody is afraid and it is important to pay very serious attention to this”

“Last week, we were assuring Donald trump that we will help him to fight terrorism; you can’t fight two by four armed robberies and you are now going to assist the United States to fight terrorism. What is wrong with us…” he slammed.

Meanwhile, Kwesi Pratt who was contributing to a panel discussion on Radio Gold’s Alhaji and Alhaji, Saturday called on the Inspector General of Police, (IGP), David Asante-Apeatu to invite COP Rose Bio-Atinga and (COP) Christian Tetteh Yohuno to assist in bringing an end to the recent spate in armed robbery attacks.

According to him, they have excelled in their performance and have the skills to contribute in bringing an end to these attacks. 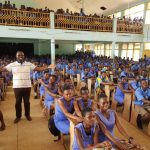 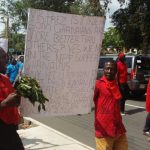