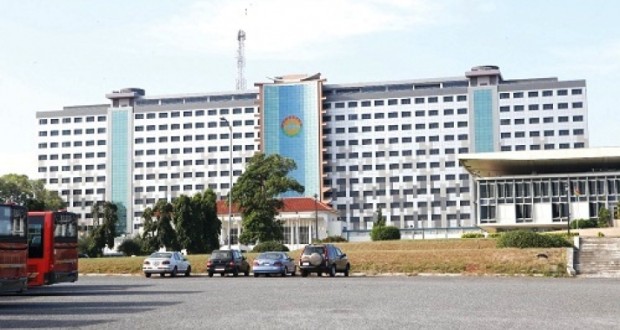 Members of Parliament will move into their offices at the refurbished Job 600 office complex on Tuesday.
The completion of the sixty-three million dollar structure had been postponed several times due to financial constraints.
Related Stories

Parliament to deliberate on Job 600

Office complex for MPs ready
Job 600 was constructed to serve as the venue for the 1965 meeting of the Organisation of African Unity, now the African Union, but the re-engineering of the structure was made to turn it into offices for MPs.
Speaking to Citi News ahead of the move, the Deputy Director of Public Affairs of the Parliament of Ghana, Kate Addo, assured that the structure “is ready for occupation on Tuesday.”
“Members of the leadership had a meeting on the movement so hopefully on Tuesday when they come they will just move straight into the building and start work.”
Kate Addo added that MPs who double as ministers of state will not have offices in the new building.
This she said is because “the idea is that these are people who already have offices in the ministries so when they come to Parliament, they end up going to their offices.”

Office Complex
Job 600 was built by the Dr Kwame Nkrumah government in 1965.
No maintenance shedule was planned for the complex after his overthrow.
In 2007, the John Agyekum Kufuor government secured a $24 million loan to rehabilitate the structure for it to be the used by the MPs but the project did not take off until the Prof John Evans Atta Mills assumed office.
But by then its cost had increased to $63 million.
After the money was expended, an additional $24 million was released to cover furnishing and other costs.