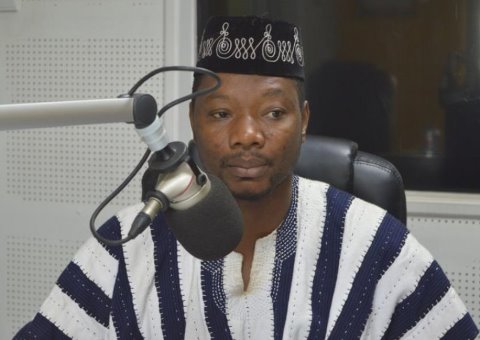 Chairman of the People’s National Convention (PNC), Bernard Mornah, has asked northerners to vote for the PNC in the same way Ewes consistently vote massively for the National Democratic Congress (NDC), and just as the New Patriotic Party (NPP) canvasses majority of its votes from the Ashanti Region.

Speaking at a gathering in Chiana-Paga in the Upper East region, Bernard Mornah said the underdevelopment of northerners was because they always voted for the NDC and NPP, instead of backing the PNC.

“They don’t talk [about] it, but when it’s time they know that as far as I am a Kambonga, my party is NPP, my football team is Asante Kotoko, my chief or my god is Otumfuo, period! And when it comes to the north, what is our party, we have also become Kambonga or we have become Ewe.

“If you don’t respect yourself, who will give you respect? Now we don’t vote for ourselves, and we think that somebody will vote for us. Was it [surprising], therefore, that when President Kufuor was president and they asked him: ‘Why did you not appoint any person from the Upper West region?’ he turned around and said he did not see anybody competent from the Upper West region to become a minister because the people of Upper West did not show that they respected themselves.

“We do not vote for our party, and, so, if you do not vote for your own party, how can anybody respect you? Yet you get ministers from the Volta region where they nearly got zero votes, but in the Upper West region, where they even won three seats, he did not find anybody to be a minister. And, so, we have come here to say if people say you are a monkey, respect yourself. And people ask me: ‘You are doing tribal politics; if northerners alone should vote for you will you win?’ I said yes. Because there is no place in Ghana [where] there is not a Zongo and the Zongos are what? Northerners.