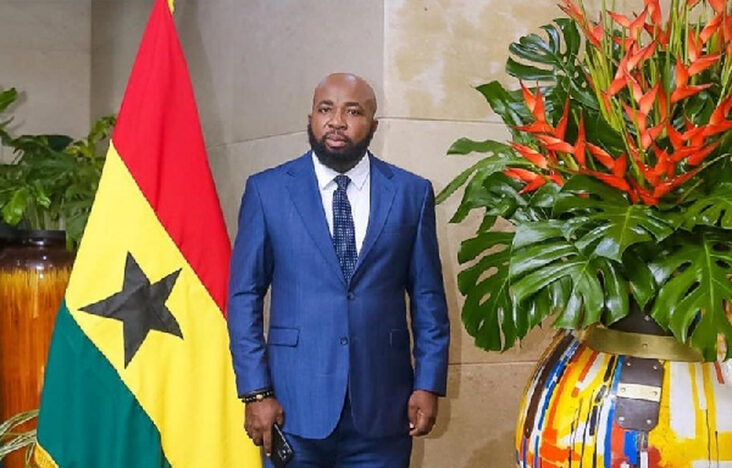 It has emerged that, Charles Nii Teiko Tagoe, a Presidential Staffer in the Jubilee House, paid nearly US$10,000 (equivalent of100,000 Ghana cedis) for a Business Class ticket trip to the United States of America in mid-September 2022, but spent less than 12 hours and was sent back to Ghana.

The Herald’s investigations have revealed that, although Mr Tagoe left Kotoka International Airport on Tuesday, September 13, 2022 onboard a Boeing 777-300 aircraft operated by KLM and numbered KL590 to the John F. Kennedy International Airport (JFK) the Amsterdam Schiphol Airport in Holland, he could not get out of JFK Airport.

Interestingly, per The Herald’s findings, the President Staffer, had scheduled his return to Accra on Wednesday, September 21, 2022 through the Schiphol Airport in Holland, but came directly to Accra from New York onboard another KLM, KL644, a Boeing 777-200.
RelatedPosts
Presidential Staffer deported from US …thrown out despite his diplomatic passport

He has denied The Herald’s report that he was deported by the immigration authorities for an alleged infringement, but yet failed to state exactly what caused his quick return to Ghana less than 24-hours after his departure.

From the look of things, Mr Tagoe, was not even allowed to freshen up in America. He had lunch on KLM and got his dinner on Delta Airlines.

Another interesting thing discovered about the trip was that Mr Tagoe left Accra with three luggage, but returned the next day with just one luggage.

The Presidential Staffer took onboard the KLM flight to New York a total of three bags; one accessory, two hand baggage, but got back to Accra onboard the Delta One Airline with only one baggage checked.

Notwithstanding the denial that he was deported and the threat of a legal action against The Herald, his quick return to Ghana and the absence of two of Mr Tagoe’s baggage, have opened up questions about the essence of the US$10,000 trip to the US.

Questions are being asked about the content and ownership of the baggage which he checked at Kotoka International Airport.

While, some are suspicious that the baggage could contain money smuggled into the US, others are of the view that, some individuals might have been smuggled into the US using the Office of The President with those involved taking advantage of the recent United Nations General Assembly which President Nana Akufo-Addo attended.

There is another school of thought that said the US authorities detained his two luggage.

Meanwhile, Mr Tagoe has been busy issuing threats of legal action against The Herald since the publication “My attention has been drawn to a Herald Publication alleging my deportation from the United States despite using a diplomatic passport. I wish to state that I do not use a diplomatic passport and there is absolutely no truth in the story. I have referred the Herald Newspaper and its Editor Larry Dogbey to my Solicitors for the necessary legal action.

Shortly after the threat he released his boarding pass asking “So I arrived at John F Kennedy International Airport on Delta Airlines flight DL 047 from Amsterdam and I was arrested and deported at Dallas, Texas International Airport, onboard a United Airlines according to Larry Dogbey and The Herald Newspaper? We shall meet very soon wai.”

The Herald on Monday reported on how the Presidential Staffer at the Jubilee House was thrown out from the US by that country’s immigration authorities on September14, 2022, immediately upon arrival at the Dallas International Airport.

He was told to contact the American Embassy in Accra, before returning to the US again, The Herald, is informed.

Interestingly, an embarrassed Mr Tagoe, has hidden the fact of his deportation, and prefers lying to friends and acquaintances that he was called back from the US by the Chief of Staff, Frema Osei Opare, to run an important assignment for her, hence his quick return to Ghana.

Like an excited kid, Mr Tagoe, had posted a picture of himself on Facebook on September 14, 2022, with his leg on a chair moments before boarding the plane at Kotoka International Airport’s Terminal 3. His 5:33 am post and picture was with the caption “If you know, you know. Good morning #Minister4Happiness, Nana Yaw Kesse. Gone in 60 seconds…”

But shortly upon arriving in the US, he was picked up and shoved into another aircraft and sent back to Ghana like a common criminal, despite his diplomatic passport. It is not clear if he was handcuffed or chained to his seat.

The Herald sources said he was told to contact the America Embassy in Accra, to have himself cleared or forget about entering the US ever in his life.

Specific details of his alleged infractions of the US immigration laws are not immediately available, but sources close to him told The Herald that he had been flagged over an incident which happened a couple of years ago, and with the authorities very much alert to his presence in America.

Other sources say the incident happened in 2003, but he’s made a trip to the US, but on the blind side of the authorities, however, they have since become alert to his entry.

Additional information available to The Herald from the Office of The President is that, Mr Tagoe, was not scheduled to be in the US with President Nana Akufo-Addo, who had been there and addressed the United Nations (UN) General Assembly.

Mr Tagoe, is said to have obtained a ticket and left town in the name of a presidential trip to go on a holiday, but got deported with a speed of light.

The Herald is working on other leads on the said law infringement. 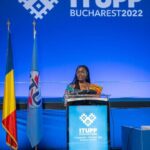 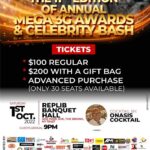