The three-time world cup campaigners will be hosting Uganda at the Tamale Sports Stadium, a game the West African giants would have to dig deep to beat the East African side.

“The morale in camp is very high. There are no injury concerns in camp, the players are ready for the game,” Nyantakyi told Hot FM ahead of the game.

Ghana is in search for their fourth world cup appearance, and the Ghana FA boss believes it is important for the nation to achieve that feat.
READ MORE: Black Stars hold final training session ahead of Uganda clash

“The qualification for Russia 2018 is very important, because Ghanaians are used to the world cup and we have to do everything possible to seal a qualification. There are a lot of positive things the nation get whenever the Black Stars get a world cup qualification,” he added.

He concluded: “We thank Ghanaians for their support, we want them to continue with their support and I’m calling on Tamale fans to fill in the stands and I’m sure Black Stars will beat Uganda.”

The official kick off time for the game is 15:00GMT. 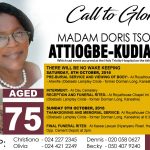 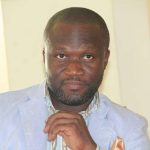