A former Municipal Chief Executive for Bawku in the Upper East Region, Mr Musah Abdulai, has said it is important for metropolitan, municipal and district chief executives (MMDCEs) and Members of Parliament (MPs) to be united in pursuing the development agenda at the local level.

He said such key actors, including chiefs, presiding and assembly members, needed to work towards consensus building in order to promote a congenial environment so that they could work for the collective good of the assemblies.

Mr Abdulai was speaking to the Daily Graphic on how the current session of MMDAs could deepen local governance through consensus building.

Mr Abdulai is also contesting the NDC primaries for the Bawku Central Constituency.

He shared his thoughts on building consensus at the MMDAs and the kind of relationship expected of the principal actors at the assemblies to create a harmonious working environment for socio-economic development projects for the people.

“First and foremost, I want to congratulate all throughout the country who have contested elections and won to become assembly members for the respective MMDAs. Irrespective of their political affiliations, ethnicity, cultural background, what is paramount to all the actors and what they should bear in mind is that their core mandate is to accelerate development projects for the people in unity,” he said.

With such thinking and understanding, he said, they would be able to come together to come out with development programmes and projects that would help develop their respective districts, and they should also bear in mind that the assembly was not partisan.

“It is the only way by which all actors can come together to ensure that development is their core objective,” he added. 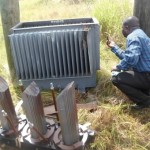