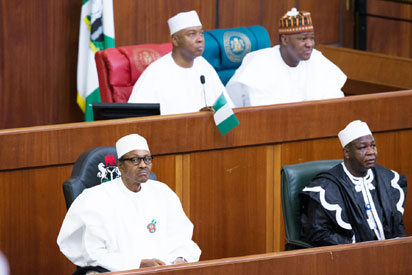 ABUJA—The Peoples Democratic Party, PDP, yesterday, described as shameful and an international embarrassment the declaration by the Senate that the hard copy of the 2016 budget presented to the National Assembly, NASS, by the Presidency was missing. The party also urged the Senate to carry out a thorough and holistic investigation into the matter.

In a statement, yesterday, by PDP’s Acting National Chairman, Prince Uche Secondus, the party also asked the Ministers of Finance, Mrs. Kemi Adeosun; Budget and National Planning, Udo Udoma, and the Governor of Central Bank of Nigeria, CBN, Godwin Emefiele, to resign having failed to provide the much-needed capacity in the management of the nation’s economy, resulting in the embarrassing crashing of the nation’s currency.

Secondus said: “The National Working Committee of Peoples Democratic Party, PDP, rose from a meeting Thursday (yesterday) charging the National Assembly to commence impeachment of President Muhammadu Buhari for the various constitutional breaches, especially the submission of two versions of the 2006 budget.

“The party said the National Assembly should thoroughly investigate the shameful act, including the distortion and banding of figures to accommodate their personal interest and ensure that appropriate sanctions is meted to whoever has a hand in the dubious action that has brought embarrassment to the legislative body.