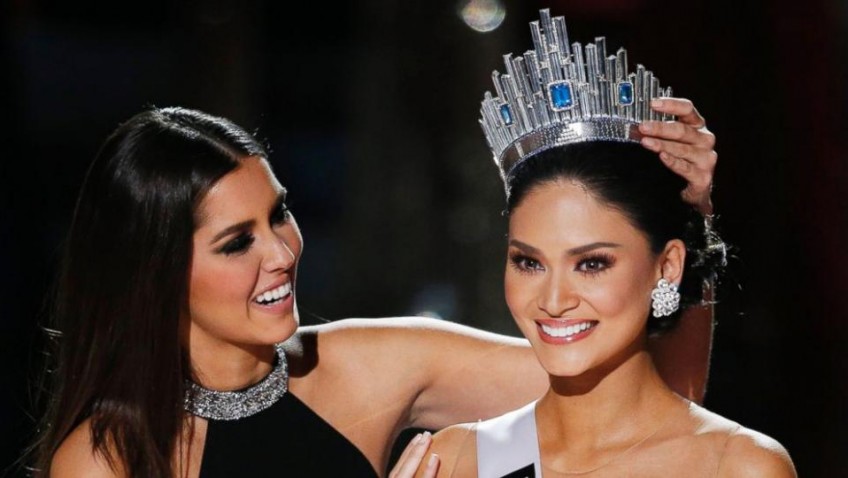 “I think it would be a little bit difficult for two girls to share a crown, but I have high hopes that this will give great opportunities for me and Miss Colombia and the rest of the contestants,” Wurtzbach of thePhilippines told “Good Morning America” co-anchor Lara Spencer in her first sit-down interview as Miss Universe.

Miss Colombia Ariadna Gutierrez addressed the issue for the first time to a Colombian radio station, calling the incident “a great injustice,” adding “it was very humiliating for me” and that she believes the two should share the crown.

Wurtzbach, 26, said she “has her theories” on why Harvey accidentally named runner-up Miss Colombia as the winner.

“Maybe the way it was written, it was a little confusing,” she said. “I understand. It was his first time to judge a pageant, but it’s OK. He’s human. People make mistakes.”

Wurtzbach said she’s “thankful” judges like Perez Hilton were sympathetic toward her after Harvey’s mix-up but, regardless, she holds no ill-will toward the comedian.

“It’s live television,” she said. “People make mistakes and Steve Harvey was very gracious to apologize. I accept his apology and I think it speaks a lot about his character.”

And despite Harvey’s mishap, Wurtzbach said she believes he should return to host the show.

“Yeah, why not?” “I think he’s a breath of fresh air, he made us feel very relaxed, the contestants. It makes us show our personalities a little bit more. I think that benefits everybody, especially the viewers.” – ABC