The Minority in Parliament is threatening to go to court over the passage and implementation of the Energy Sector Levy.

The Energy Sector Levy Act caused the recent rise in the price of petroleum products by 27 per cent.

Ranking Member on the Finance Committee, Dr Anthony Akoto Osei, said members of the Minority vehemently opposed the passage of the law.

Speaking to Class News, he said: “If they had supported us and forced government to bring this to parliament … some of these issues could have been debated openly and we would have seen the implications. We signalled it, not once or twice, but three times. We still have not ruled out other options including going to court to force the government to come.”

Meanwhile Organised Labour has announced a series of strikes and demonstrations against government over the recent increases in fuel and utility prices.

They have unanimously agreed to stage a day’s demonstration on Wednesday and a two-day nationwide strike on Thursday, January 21 and Friday, January 22. 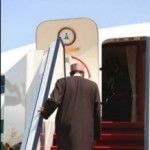