Minority Leader in Parliament, Haruna Iddrisu has broken his silence on the bribery allegations surrounding the Appointment Committee of Parliament.

According to him, he will support investigations into the bribery allegations to ensure that the truth or otherwise of the issue is ascertained.

“I would support a full-scale investigation into any matter that bothers on the reputation of persons and Parliament including full scale parliamentary enquiry which may be at Parliament’s Privileges Committee,” he stated.

He added that “I expect that the Speaker of Parliament and leadership would take up the matter and establish the truth or otherwise of what is being circulated around which is undermining the integrity of the work of this committee.”

Minister-designate for Energy, Boakye Agyarko have been accused of attempting to bribe members of the Appointment Committee with Bawku Central Member of Parliament, Mahama Ayariga leading the charge. 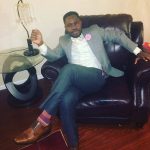