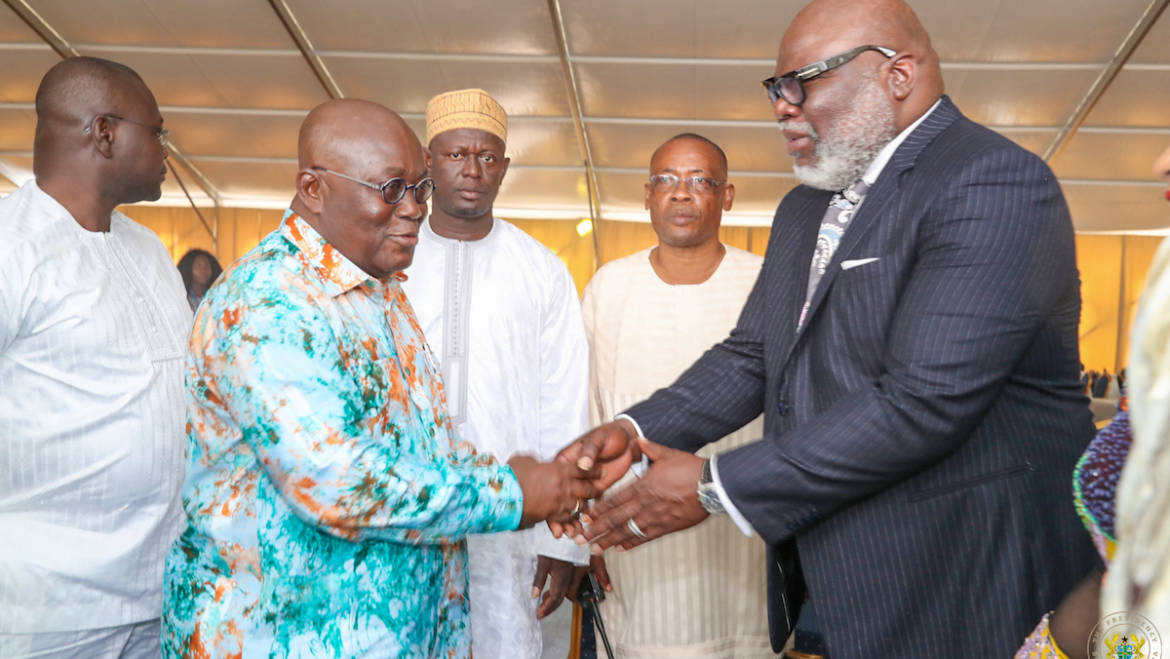 Mustapha Hamid, the spokesperson of Ghana’s president has revealed that gaining access to the president is not that difficult as he often makes himself available at the headquarters of the New Patriotic Party for such visits.

“For a few weeks now, the President has not been able to honour a certain schedule, but in the beginning the President even used to take days off to go and sit at the NPP headquarters in the open for everybody to come and talk to him because people go and sometimes it’s not formal… you go to the Vice President’s house, it’s a beehive of activities at weekends so it will baffle me to have to pay when you can queue,” he stated.
His comments come on the back of allegations that some people at the presidency and within the NPP are charging $20,000 from private individuals who would wish to meet the president, Nana Akufo-Addo.

The Member of Parliament for Assin Central, Kennedy Agyapong and the founder of Glorious Word Power Ministry International, Rev. Isaac Owusu Bempah had alleged that a group of persons are hijacking the president.

According to Rev. Owusu Bempah, these persons are able to turn contracts meant for some people to persons of their choice.
But the presidential spokesperson has denied the claims.

He added: “And I can tell you that for everybody who has certain closeness with the President, whether it is Asenso or Abu Jinapor or anybody, this is exactly what will happen. They will seek the clearance from the President and the President will say go and see Saratu Atta for an appointment. That is what happens so why do you have to pay $20,000?”
Mr Hamid further disclosed that the President and Vice President operate an open-door-policy especially in their homes on weekends and so there would be no need for people to pay to see them.