The Ashanti Regional Minister, Simon Osei-Mensah has seized some heavy-duty equipment belonging to Engineers and Planners.

The minister said he will only release the equipment if the company belonging to Ibrahim Mahama, brother of former President John Mahama is able to provide him with the necessary documents granting them permission to work at a bauxite concession at Nyinahim in the Atwima Mponua District of the Ashanti Region.

The company has since claimed that it has permission from the Minister of Lands and Water Resources, Peter Amewu and the Forestry Commission to operate.

But speaking on Asempa FM’s Ekosii Sen programme Monday, Osei-Mensah said that he is yet to see those documents.
play
The Ashanti Regional Minister and the president

“I don’t work with verbal communications, I need documents and until then, I will not release the machines” he stressed.
“I want to get the documents, commit the Lands Minister so that if something happens, he [Amewu] will be blamed” he added.
He argued that such permissions may affect the fight against illegal mining in the country.

Meanwhile, the mining company that had engaged Engineers and Planners (E&P) to use its equipment to undertake a prospective service has also come out to state that the Nyinahini Bauxite concession was legally acquired on August 14, 2013.

The company, Exton Cubic Group Limited said: “It came to us as a surprise when without any lawful excuse, the District Chief Executive of Atwima Mponua District Assembly and the Ashanti Regional Minister caused the trucks of the subcontractor to be impounded in the center of the Nyinahini township.”

“After going through all the laid down procedures required by law, Exton Cubic Group Limited was granted a mining lease for the Nyinahini Bauxite Deposit by the Ministry of Lands and Natural Resources on the 29th of December 2016. This mining lease was registered at the lands commission of Ghana on the 9th of January 2017,” the company said in a statement.
The company has said it will initiate legal action if the Ashanti Regional Minister does not release the equipment by Tuesday 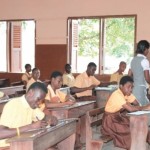