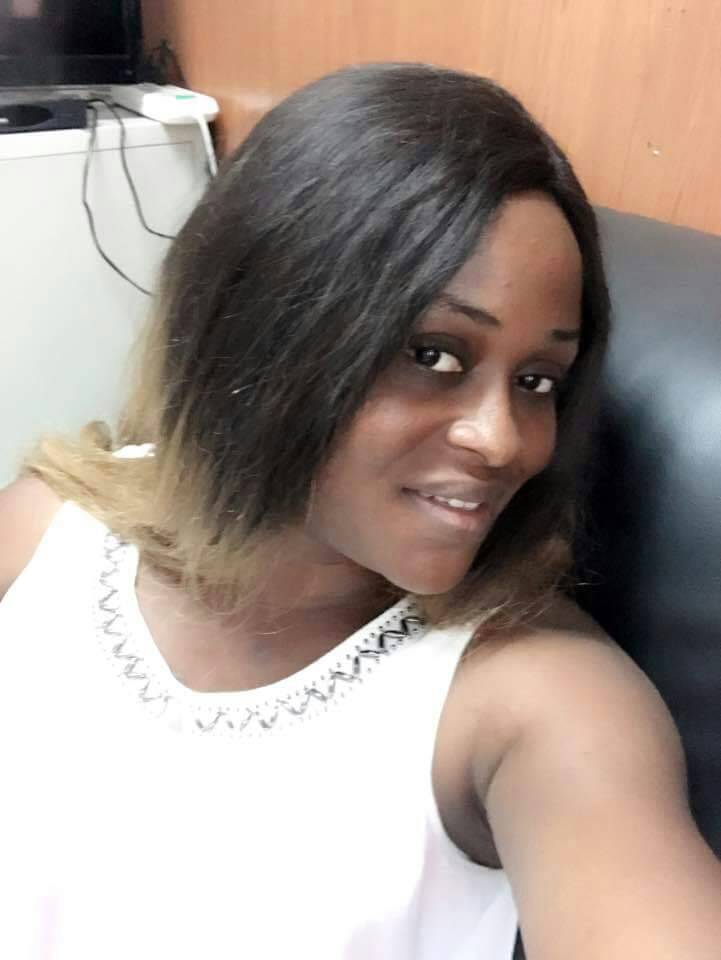 The Deputy Northern Regional Minister, Hon Solomon Boar, who is cited in a sex scam with one Rafia Jawula begs her not to release his nude pictures in the Internet.

The lady, a known Tamale town girl lured the Minister into amorous relationship, had sex with him, took video and pictures of their sexcapade and demanded Ghc 50,000 from the Minister. Rafia Jawula threatened to upload the nude pictures and a 30 seconds sex video to the intetnet if the Minister refuse to pay the money.

Hon Solomon according our investigations bargain with her and pay her Ghc 30, 000 (through a bank transfer) but the girl after taking the money demanded a Toyota Camry and dares the Minister again.

The Deputy Northern Regional Minister therefore involved the Tamale Police where on Sunday 18th June, Rafia Jawula was arrested alongside two other young men believed to be the Minister’s blackmailer accomplices.
The Tamale police command have since granted them bailed to continue their investigations.

Meanwhile, the Tamale Police command are tight-lipped about the case but urged the public they (Police) will get the bottom of it.
Minister begs blackmailer not to release sex tape –

Sex ‘scandal’ involving minister turns out to be a hoax

A purported sex scandal involving Deputy Northern Regional Minister, Solomon Boar and some alleged blackmailers that gained prominence on various social media platforms has turned out to be a hoax.

Persons who claimed to have had hardcore evidence about an alleged sexual act involving the minister and one Rafia Jawula have made a sudden U-Turn on their claims few days about a purported publication on the incident.

Mynewsgh.com has uncovered that the story is somewhat untrue and at the same time lacks valid or substantial evidence, since some of those who first leaked the information are all backtracking with speed. None of the social media platforms that carried the issue has been able to produce the video or the pictures.

This paper can confirm that, the first website (savannahnews24.com) that published the story with a promise of providing more evidences in subsequent publications has now pulled down all the two stories it earlier published from the site.

The publishers have not also been able to publish any of the videos or photographs to authenticate the story or to back their claims.

In one-on-one interview with Rafia Baba Jawula in Tamale, she completely denied ever knowing or meeting the Deputy Northern Regional Minister, Solomon Boar let alone having sexual intercourse with him.

The 32 year old self-acclaimed businesswoman maintained that she had not seen the said video or photographs and dared the publisher of the website, Mr. Hamza Lansah Lolly to produce evidence. According to her, “the story is not only untrue, but a pure fabrication and a calculated attempt by some devious persons to tarnish the reputation of my reputation and that of that Deputy Minister”.

Ms. Rafia Baba Jawula, a mother of one but unmarried and a relative of Lepowura M.N.D. Jawula threatened to sue the publishers of savannahnews24.com for defamation.

“In fact I woke this morning (Wednesday) and I saw that my name was on facebook and all over the social media that I blackmailed one Northern Deputy Minister whom I have never met in my life. As I am speaking with you now I don’t even know the man until I saw his picture gridded with my picture on facebook. I and my family want to get to the bottom of this matter and take legal action against those who published that falsehood”.

Meanwhile, when questioned why she was arrested by the Police in Tamale, Ms. Rafia Jawula said some two guys who were trailing her after close of work apparently to rob her of an amount of GHC22,000 in her possession at the time ended up framing her up as an internet fraudster after she had raised alarm. “The police said they are aware I have GHC100,000 or GHC50,000 on me and that they are told I do internet fraud and that is why they arrested me. But later when they realized I am not a fraudster they told me to go and report in two week or so”.

The father of Ms. Rafia Jawula, Mr. Baba Jawula also expressed displeasure about what he termed as an attempt by some detractors of the Deputy Northern Regional Minister to destroy his reputation. He was particularly worried that her daughter’s name was rather used by those faceless self-seeking persons to achieve their selfish interest.

“I am not taking this matter kindly at all- because I keep receiving so many calls from many people and as a result, my uncles, sisters and aunties met with Rafia and drilled her very well to know the truth in the allegations, but she said she does not even know the Deputy Minister. As a father I called the Deputy Minister during our family meeting and he was also surprised about the whole thing. He also said he does not know my daughter anywhere not to talk of sleeping with her”.

Mr. Baba Jawula who is a former Journalist said that he would not have granted any interview to any media but he was doing so because he wanted to clear the air for everybody to know that the Deputy Minister, Solomon Boar was innocent, since the daughter whom he trusted so much had also said she was innocent.

He therefore vowed to get to the bottom of the issue and reaffirmed the family’s decision to sue the publisher of the website.

Speaking in a telephone interview with mynewsgh.com, the Publisher of SavannahNews.Com, Mr. Hamza Lansah Lolly confirmed that he had pulled down the stories from his website due to certain factors, which he could not readily disclose.

He could not confirm or deny whether he had copies of the alleged sex video or photographs, but he rather emphasised that there was more to the story.

However, several efforts to speak with the Deputy Northern Regional Minister, Solomon Boar proved unsuccessful as he had travelled outside the region at the time of filing this story. He could not also respond to our whatsApp messages sent to him because his data had been off at the time.

Meanwhile, when contacted the Northern Regional Police Public Relations Officer (PRO), Mr. Mohammed Yussif Tanko said that he was not aware of any such case involving the Deputy Northern Regional Minister, Solomon Boar and Rafia Baba Jawula. According to him, he did not know where the story was coming from and that several journalists had called him to ask about it. “In fact I am not aware of any such story. Some journalists have called to ask me about it, and when I tried to get some briefing on it, I was told there is no case like that”. 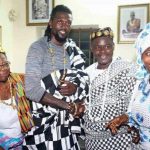