Eastern Regional Chairman of the National Democratic Congress (NDC), Bismark Tawiah Boateng has claimed that his party made a ‘mistake’ by presenting the late John Evans Atta Mills for the 2008 elections.

According to him, the party knew very well that the late President, who died some months to the 2012 General Elections was ill and could not perform the hefty task required of a President but yet presented him just to win power.

“Sometimes, I wonder why Mills became the president because it was a total mistake allowing him to run for president and subsequently dying because of ill health…,” he said.

The health of the late Law Professor, whose autopsy report is yet to be made public, became a subject of several debates in the country after opposition parties led by the New Patriotic Party (NPP) argued that he was not fit enough to be President.

The NDC at the time, however, refuted the claims, insisting he was strong enough to discharge his duties.

At one point, his handlers made him jog on the tarmac at the Kotoka International Airport to prove how fit he was. He passed away a few weeks later, on July 24, 2012.

After continuously disputing that the late President underperformed as a result of his ill-health, the NDC Eastern Regional chair speaking on Adom FM’s Morning Show ‘Dwaso Nsem’ on Monday finally admitted his party made a grave mistake by presenting him for the elections.

“We made a mistake in presenting weak Prof. Mills to Ghanaians, and he died on the seat…,” he admitted.

Against this backdrop, Tawiah Boateng has urged Ghanaians not to repeat the NDC’s mistake by voting for NPP’s flagbearer, Nana Addo Dankwa Akufo-Addo, who he claims is also weak due to his age.

He added that since President Mills was weak and died at the age of 68, Nana Addo’s age disqualifies him from becoming President.

He insisted that the leader of the opposition party is only fit to be a member of the Council of State.

“Nana Addo is old and very weak, he should be made a member of the Council of State to advise President Mahama. He should not seek to be President,” he stated. 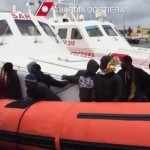