President J.A. Kufuor has taken a swipe at Prof. J.E. Atta Mills, flag-bearer of the National Democratic Congress (NDC), describing him as unfit for the presidency due to his health status.

The President made the remarks when the New Patriotic Party (NPP) organised a rally at Madina to roundup its campaign tour of the Greater Accra Region to win support for its presidential candidate, Nana Akufo-Addo.

The President said Prof Mills is too weak to stand the test of the processes leading to the December elections; he alleged the flag-bearer’s failure to campaign in certain regions is a testimony that he does not have the capacity to withstand the physical demands of the campaign season.

“Candidate who cannot even go to the North of Ghana how can he represent Ghana?” the President asked and noted “our candidate is touring the whole of Ghana; this is why we must vote for Nana Addo.”

He also criticized the NDC for allegedly wishing for power sharing. He said for the NPP “we are not seeking power for the sake of power; we want the power to transform our nation”.

However, his comment on Prof Mills’ health has attracted sharp criticism from a section of the public, who believed the President’s outburst is way below the belt, in the midst of calls for campaigns devoid of personal attacks.

The Convention People’s Party parliamentary aspirant for Takoradi, Mr. Eustace Haizel, said the President was not fair to Prof. Mills and called for issue-based campaign.

“For me, I don’t think it is a fair comment. What Ghanaians are interested in is to talk about issues which should help enhance their lives. I do not think making insinuations about a person’s health and whether he can campaign should be a big problem.

“Of course, there are certain persons who were healthy and nobody expected them to die, but they died.”

Mr. Jacob Marlon Annan, the NDC parliamentary candidate for Takoradi said, “The president should be condemned without reservation. It shows the double standard of the NPP; they preach virtue and practice vice.”

The NDC campaign coordinator, Alex Segbefia, queried President Kufuor for joining the campaign trail of Nana Addo, if that of a vice presidential candidate is not necessary.

In an interview with Joy News, he challenged the President to leave Nana Addo alone to campaign, if he is fit and competent to do so by himself.

The health of Prof. Atta Mills engaged the nation after he underwent a surgical operation in South Africa. 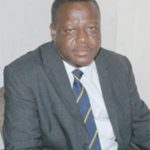