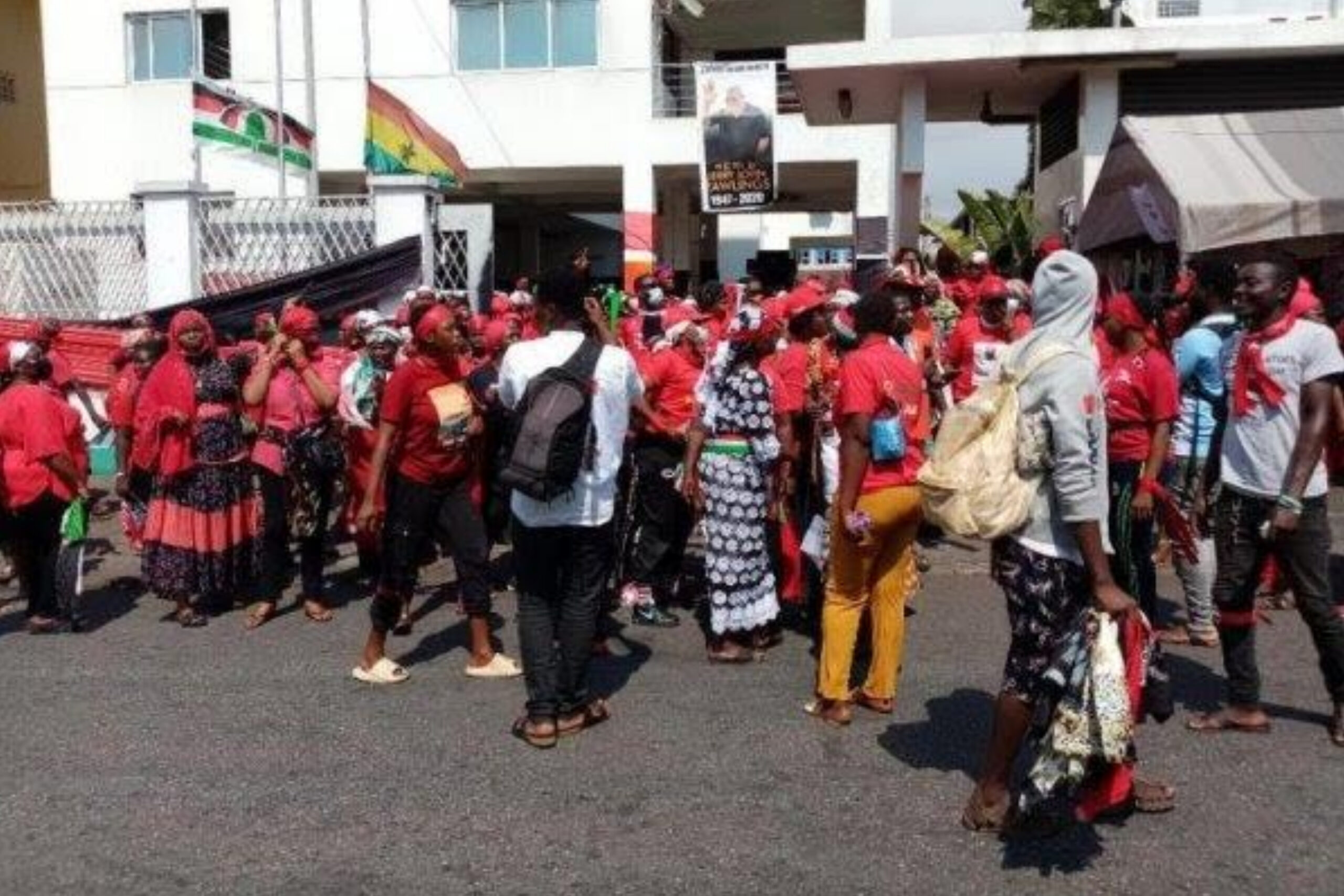 Millions of women have embarked on a protest march in the streets of Accra to call for the reversal of the Electoral Commission’s declaration of President Akufo-Addo as the winner of the just-ended December 7 presidential election.

According to the women believed to be supporters of the opposition National Democratic Congress (NDC), the election was rigged for the New Patriotic Party’s Akufo-Addo, adding that the process was not free, fair and transparent.
Following the EC’s declaration of the election result on Wednesday, December 9, the NDC and its leader, former President John Mahama have claimed several times that the will of the people had been overturned.

Addressing a press conference on Thursday, Mr. Mahama said: “I stand before you tonight unwilling to accept the fictionalised result of a flawed election.”
He emphasized that the NDC is “unable to accept the outcome of the election as declared by the Electoral Commission Chairperson, Mrs. Jean Mensah. Those results are flawed and discredited. The Electoral Commission of Ghana has never brought its credibility to this historic low at such a crucial moment of election result declaration. In fact, the litany of irregularities and blatant attempts at rigging for a candidate is obvious and most embarrassing.”

He further vowed that: “We will not accept anything short of a declaration of the legitimate results, which point to an NDC parliamentary majority.
He, therefore, called on the “international community to remain engaged in what is happening in Ghana and to take careful note of the current threat that is being waged to our democracy, our freedom, and our way of life.”

The NDC has urged its members and supporters across the country to rise in unison against the reelection of President Akufo-Addo as announced by the EC.

It is in line with this call that the scores of women wearing red party paraphernalia hit the streets while others wore red armbands to register their objection to the declaration of Akufo-Addo as having been reelected. 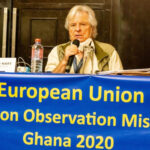