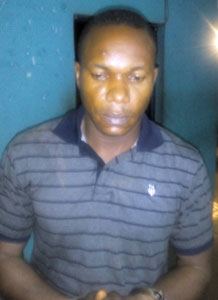 Operatives of the Inspector General of Police Special Intelligence Response Team, IRT, weekend, in Benin, Edo State, reportedly arrested a leader of a gang of bank robbers, who usually disguised as a woman during operations. The alleged leader of the notorious gang of bank robbers, Clement Abanara, was arrested by the police in an apartment at the Osayande Estate.

Vanguard gathered that the suspect, also known as Million, allegedly took part in the Lekki, Ikorodu, Festac and Agbara bank robberies (all in Lagos), where his gang carted away millions of naira, destroyed several vehicles and left several persons, including policemen and a pregnant woman, dead.

The IRT, led by CSP Abba Kyari, had in November 2015, launched a manhunt for the bank robbers. Kelly Fotor, one of the suspects arrested at a wedding in Sapele, Delta State, had told Vanguard that Million was the only member of the gang who disguised as a woman during operations.

Fotor also told Vanguard that Million is an experienced kidnapper, who has over eight rifles in his possession.

Recall that Million was once declared wanted by Lagos State former Commissioner of Police, Umar Manko, in December 2012, after he led a four-man gang of kidnappers to abduct former Majority Leader of Lagos State House of Assembly, Tofeeq Adeniji, in Lagos, and took him through the rivers to Delta State, where he demanded N30 million as ransom.

It was reported that N4 million was agreed as ransom and one of the lawmaker’s sons, who was said to have taken the money to the kidnappers, was also abducted and released along with his father after additional ransom was paid.

Vanguard gathered that four members of the gang arrested along side one of their financiers by men of the Special Anti-Robbery Squad, SARS, Ikeja, took the operatives to a mansion built by Million, but met the house empty.

A source told Vanguard that the operatives trailed Million’s wife to Warri Delta State, where she was arrested before taking the police to Benin, where her husband was arrested in a rented apartment. 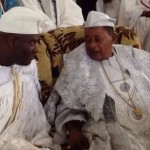